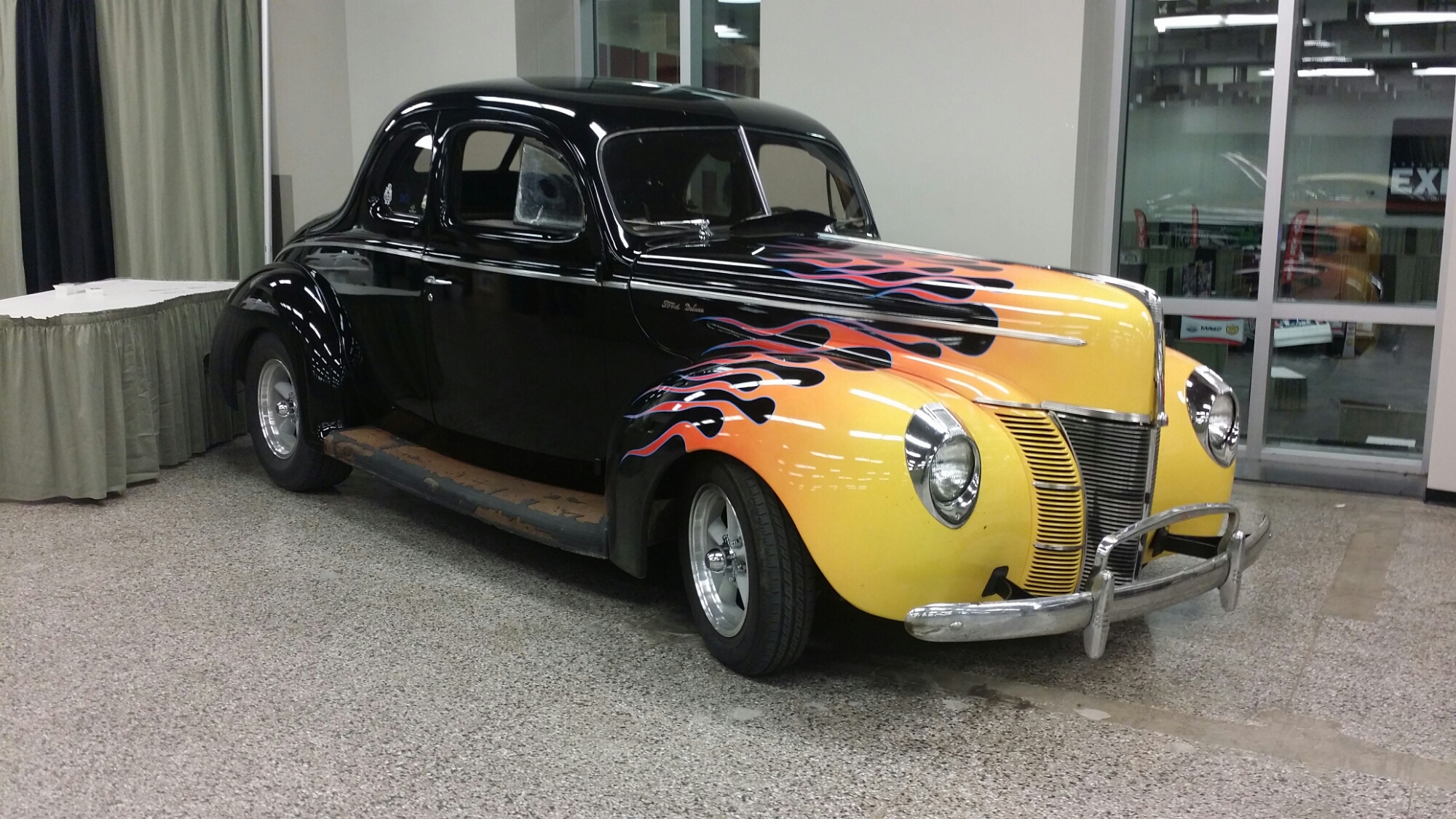 It’s been a while since my last post on the site, so bear with me…

I’d decided to park the ’40 stake truck for some radiator repair, and to get the coupe out of it’s banishment to the back corner of the garage and give it some freedom. I finally washed it for the first time since the trip to the Frog Follies, last August, and drove it out to the memorial gathering for Gary Turner. (I failed to take any pictures of the cars out there, but it was a pretty cool turnout of mainly post 1948 vehicles)

My ’40 Fords have not frequented “car shows” very often. They are more apt to be spotted running up and down the highways or running errands around town. Last year, my buddy Larry Krauck talked me into bringing them to display in the KOZL Man Show Expo. I explained that they are definitely NOT show cars, but beaters/drivers.

This year, about a week ago, Larry called me and asked me for a favor. I knew the Man Show was coming up, and had planned to bring the coupe down there, and I had just talked to him about that the week prior, so he caught me off guard. He asked if he could have my ’40 as part of the NASCAR Legend Junior Johnson’s Midnight Moon Moonshine display. I told him that while Junior owned a ’40 coupe, and those were the primary moonshine running cars, my ’40 didn’t meet the criteria, because it was flamed and had a set of American Mags on it. He said, “No…the truck!” Talk about feeling like an idiot!

Well, I had just spent the afternoon rearranging my garage, planning to pull the cracked radiator out of the truck, but told him I would be honored to have the truck in the display. (This is it’s second “modeling gig”!) 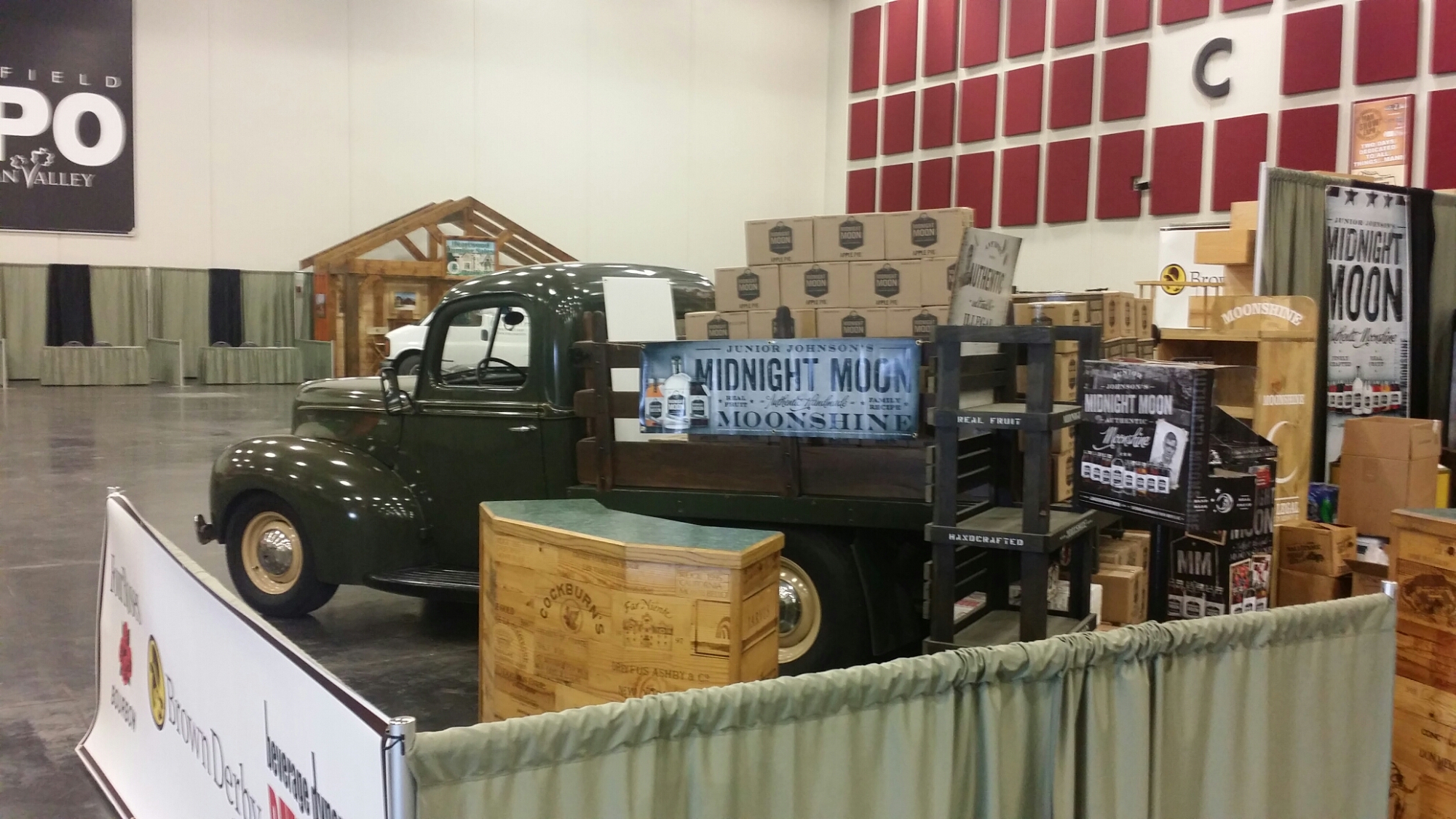 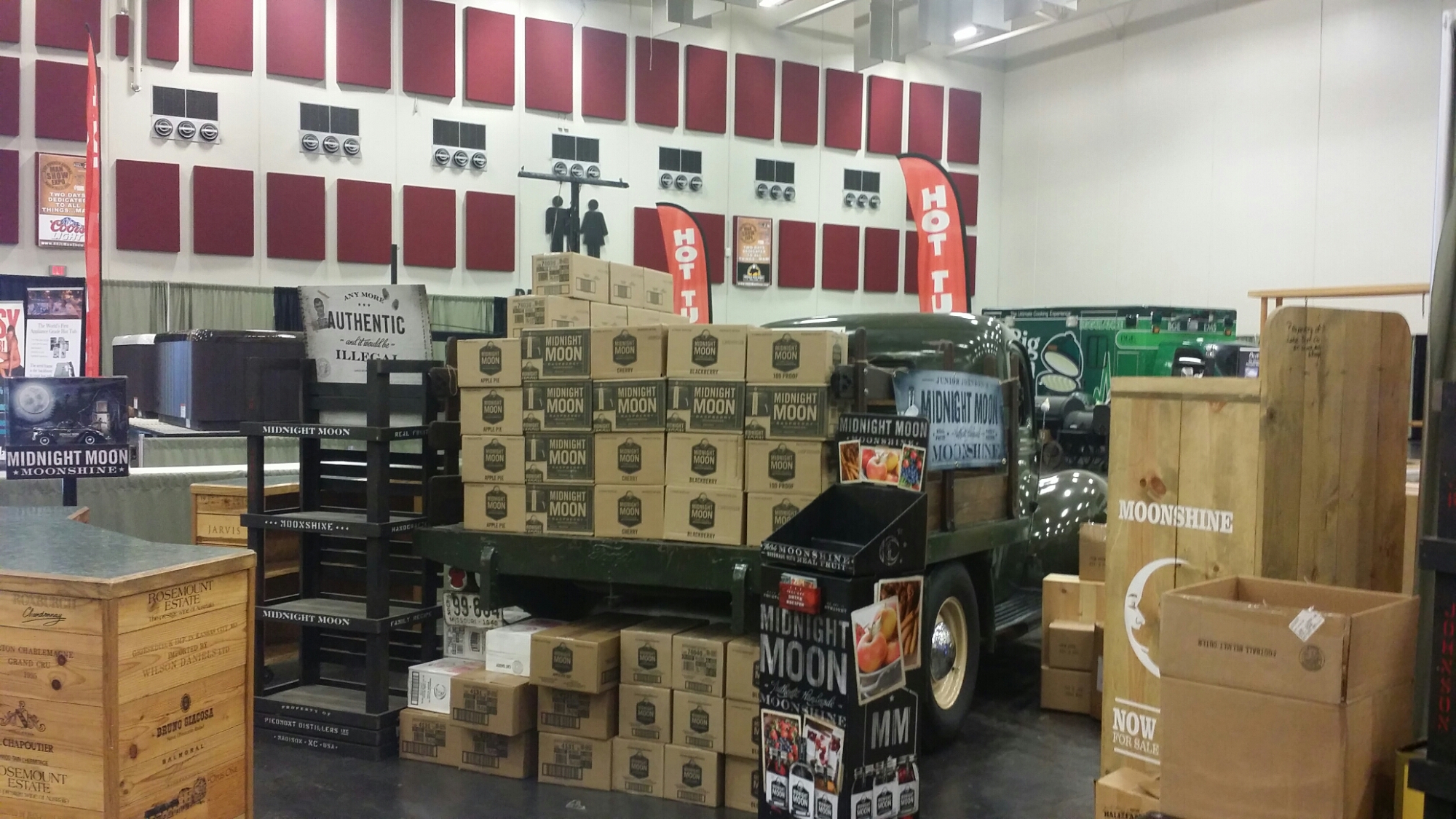 Saturday afternoon, I got to shake hands and meet Junior Johnson, and his travelling crew. Junior was extremely gracious and expressed appreciation for the truck. The guys in his travelling crew asked me to pop the hood (one was a former crew member on the NASCAR team). They did rib me a bit about having a GM Alternator on my flathead Ford motor, but they really enjoyed seeing the truck, too.

Next planned event for the ’40s will be the 2nd Annual SWMO Hot Rod Hundred!