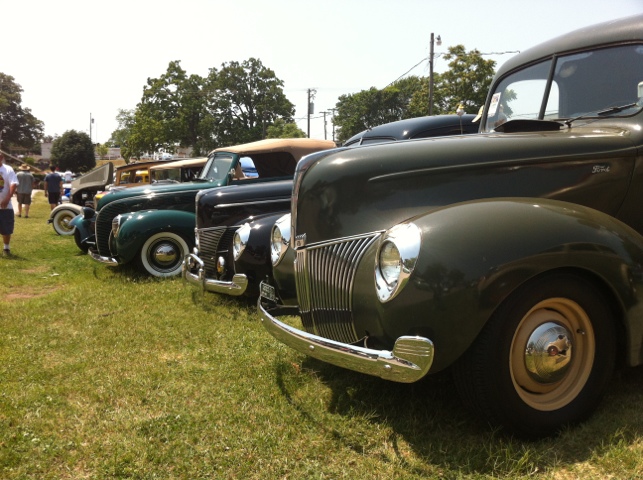 Another year come and gone. Not going to beat the dead horse of the rolling 30 year rule, other than to say this…I have never seen as many obnoxious “open header” cars and guys doing burnouts as they leave the fairgrounds as I did this year. It’s part of what they invited when they decided to change to the new NSRA (Not Street Rods Anymore) “Plus” guidelines.

Now, for the positive. As always, I had a blast hanging out with my dad and step mom this weekend, as well as all of my hot rod mentors. Thanks to Dave Johnson, for doing a non scheduled NSRA Safety inspection on my truck. Most appreciated!

I pretty much quit taking tons of pic’s at events, because it made me feel like I was working. The pic’s that I did take are of a few of the cars that caught my eye, and some of the obligatory pic’s of my own ’40 truck!

BTW…My buddy, Andy Goans, had a for sale sign on his SWEET ’39 Ford Deluxe sedan. He said that he’s going to sell it and his matching ’40 Deluxe sedan. Both cars are mostly stock, with the exception of lowered springs. If anyone has interest, let me know, and I will forward your info to Andy. Unfortunately, I totally overlooked getting pic’s of his ’39! (kicking myself!) 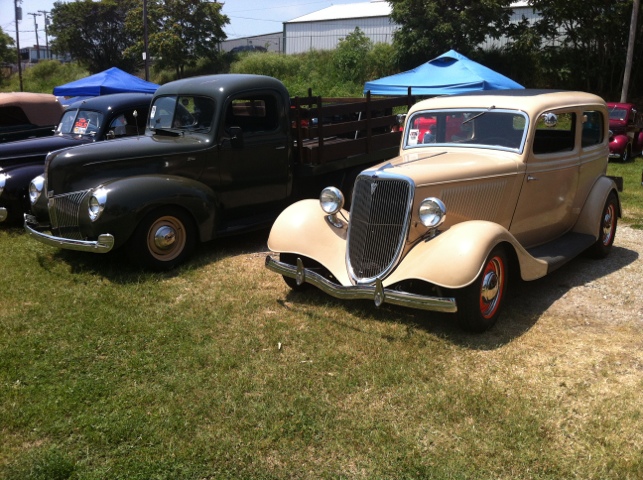 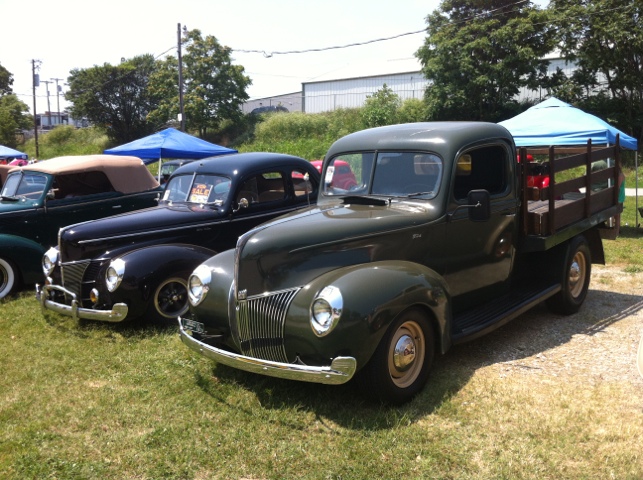 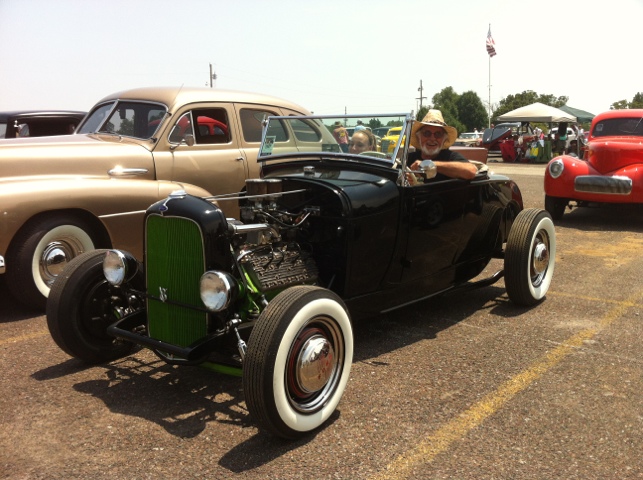 Jim Pike, of Springfield, MO, as most generally seen, behind the wheel of his Model A Roadster.  He was picked for the “Thumbs Up” award, presented by Dick Carroll. 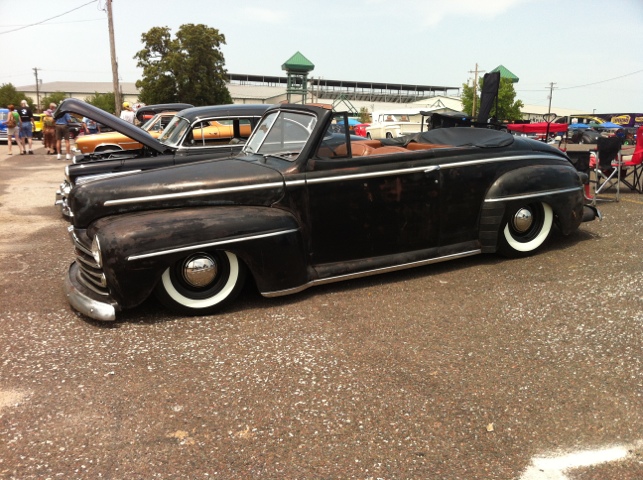 The “Long Distance” award winner, coming from Oregon.  I liked it because you don’t see ’42 Fords very often and the grilles are so cool looking! 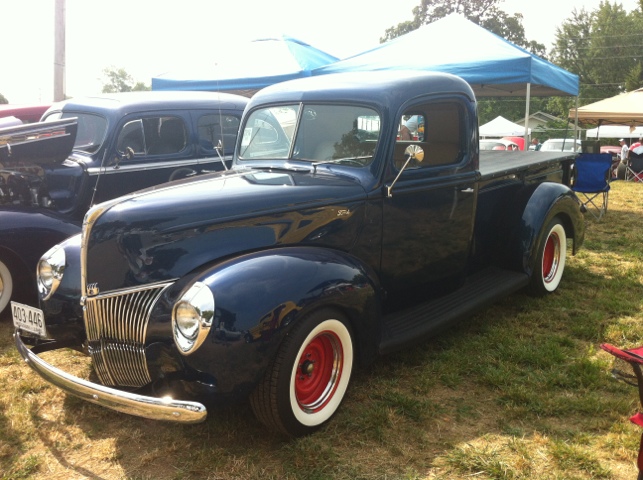 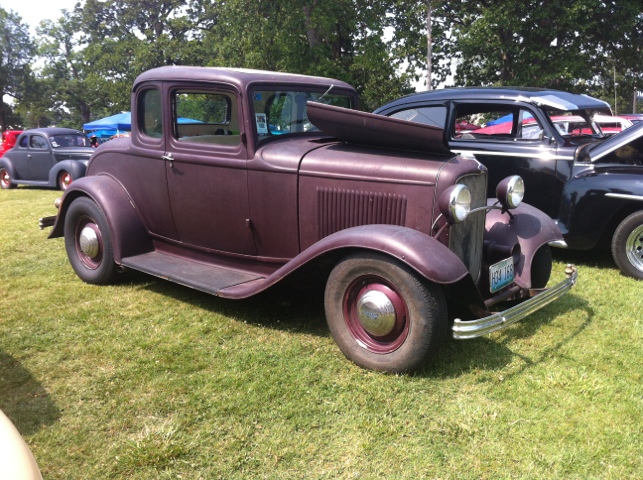 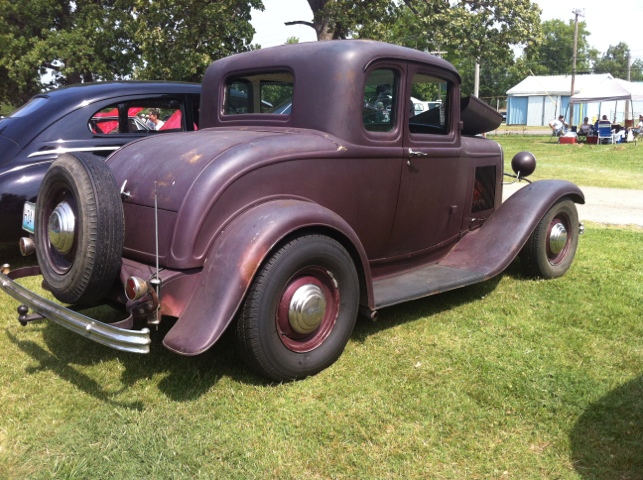 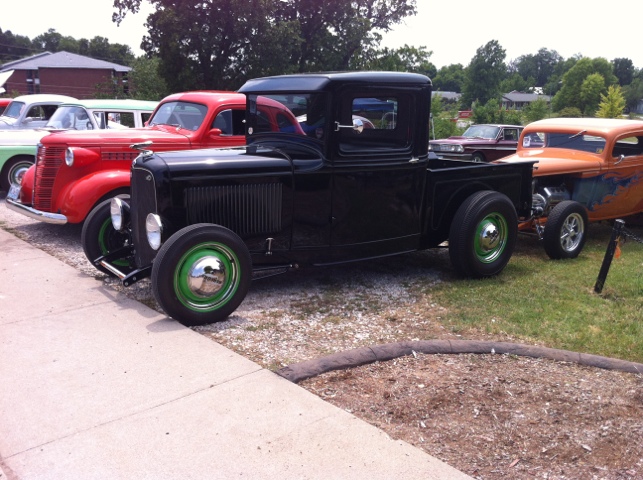 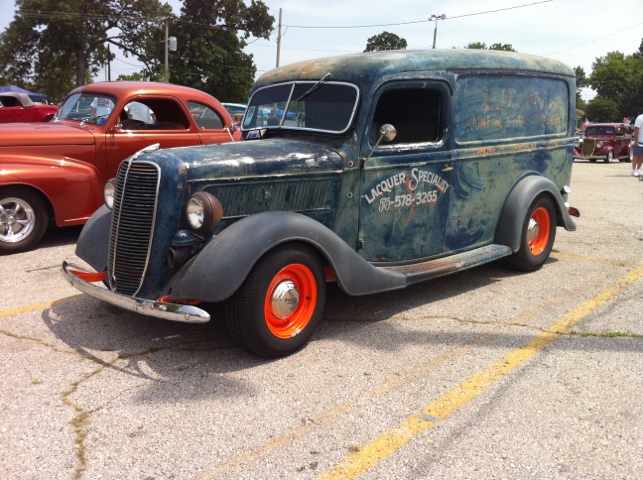 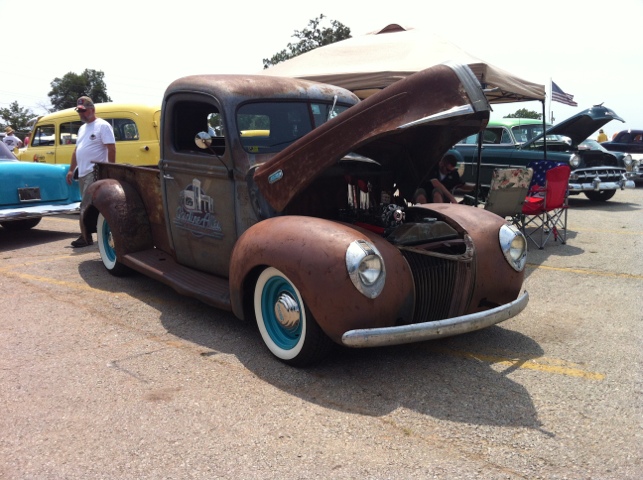 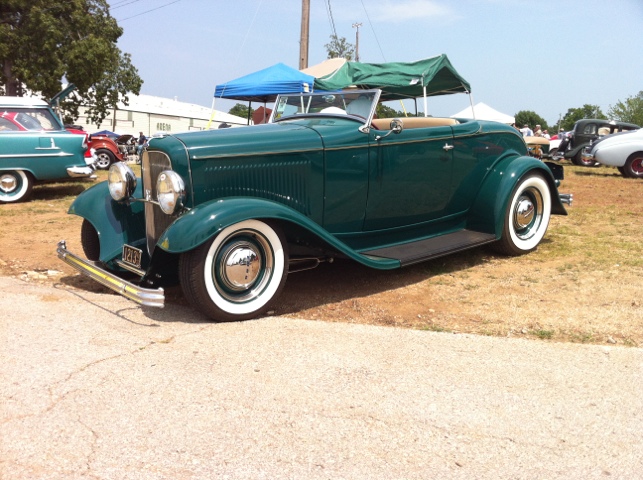 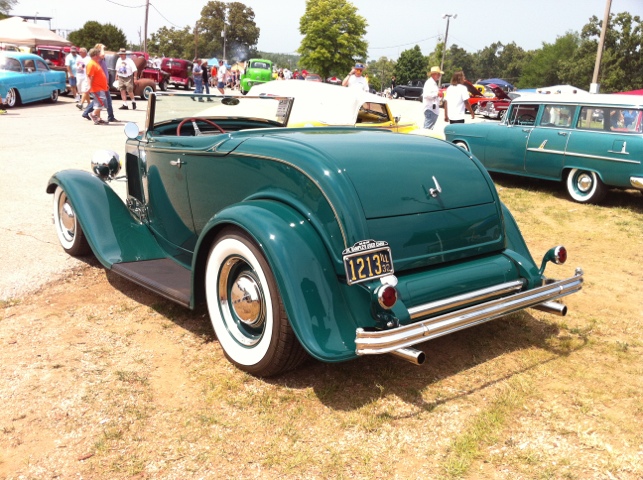 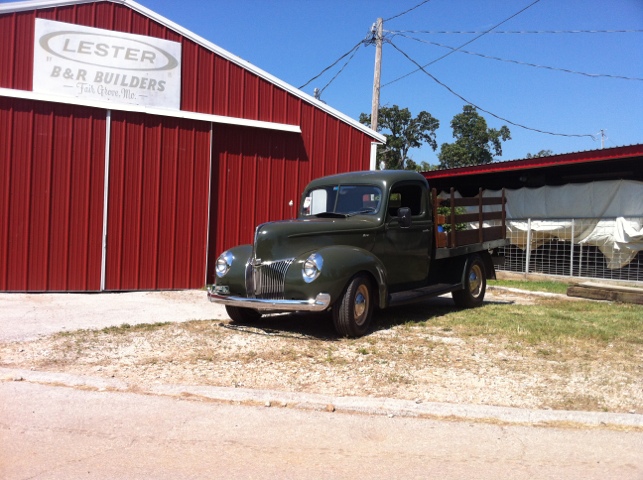 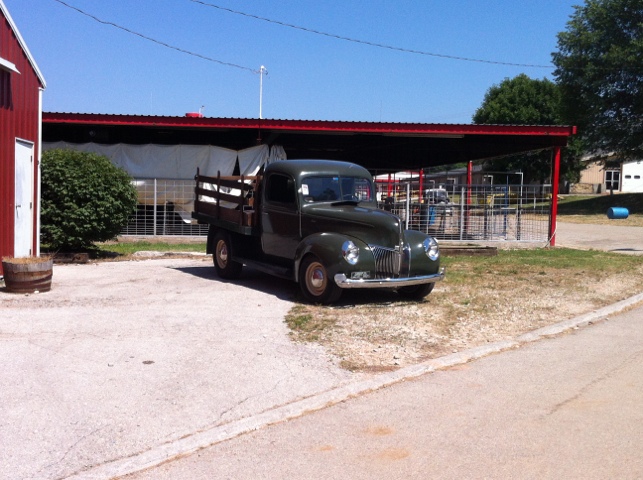 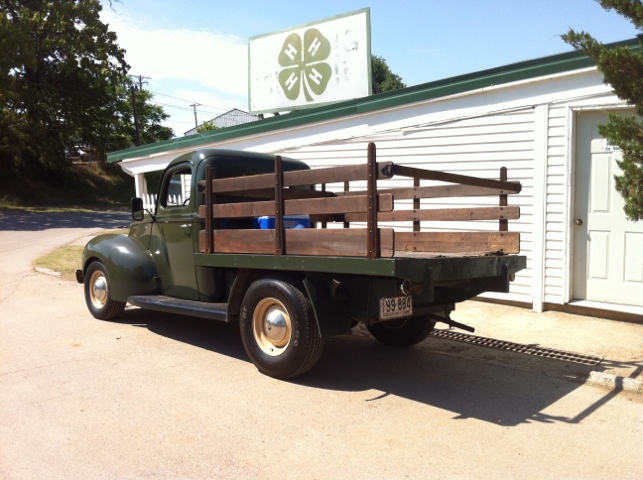 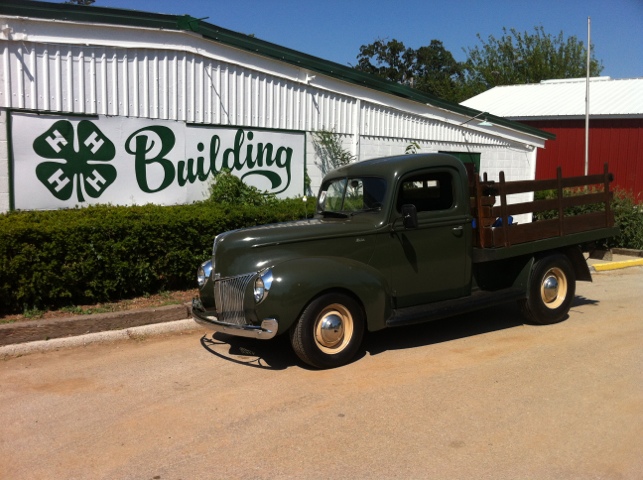