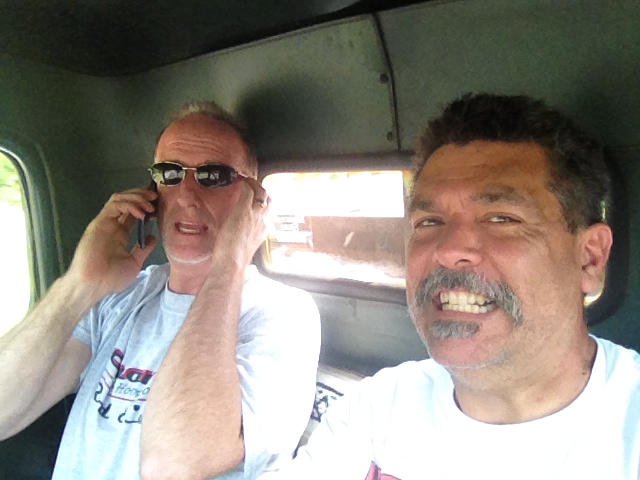 Last July, Doug and I headed up to St Louis, in the ’40 Stake Truck, to attend Dick Carroll’s annual breakfast in the park event. We took the stake truck because Doug was chasing a lead on a 30/31 Model A Coupe, and if he pulled the trigger, we were going to haul the body back home in the truck. We chased around the Alton, IL area and looked at the coupe, a ’29 sedan, but he didn’t pull the trigger. Worked out great for me, though, because that was the trip that I hauled home my spare flathead from Dad’s basement!

Shortly after getting back home, Doug struck up a deal on the 30/31 coupe body and went back up to pick it up. 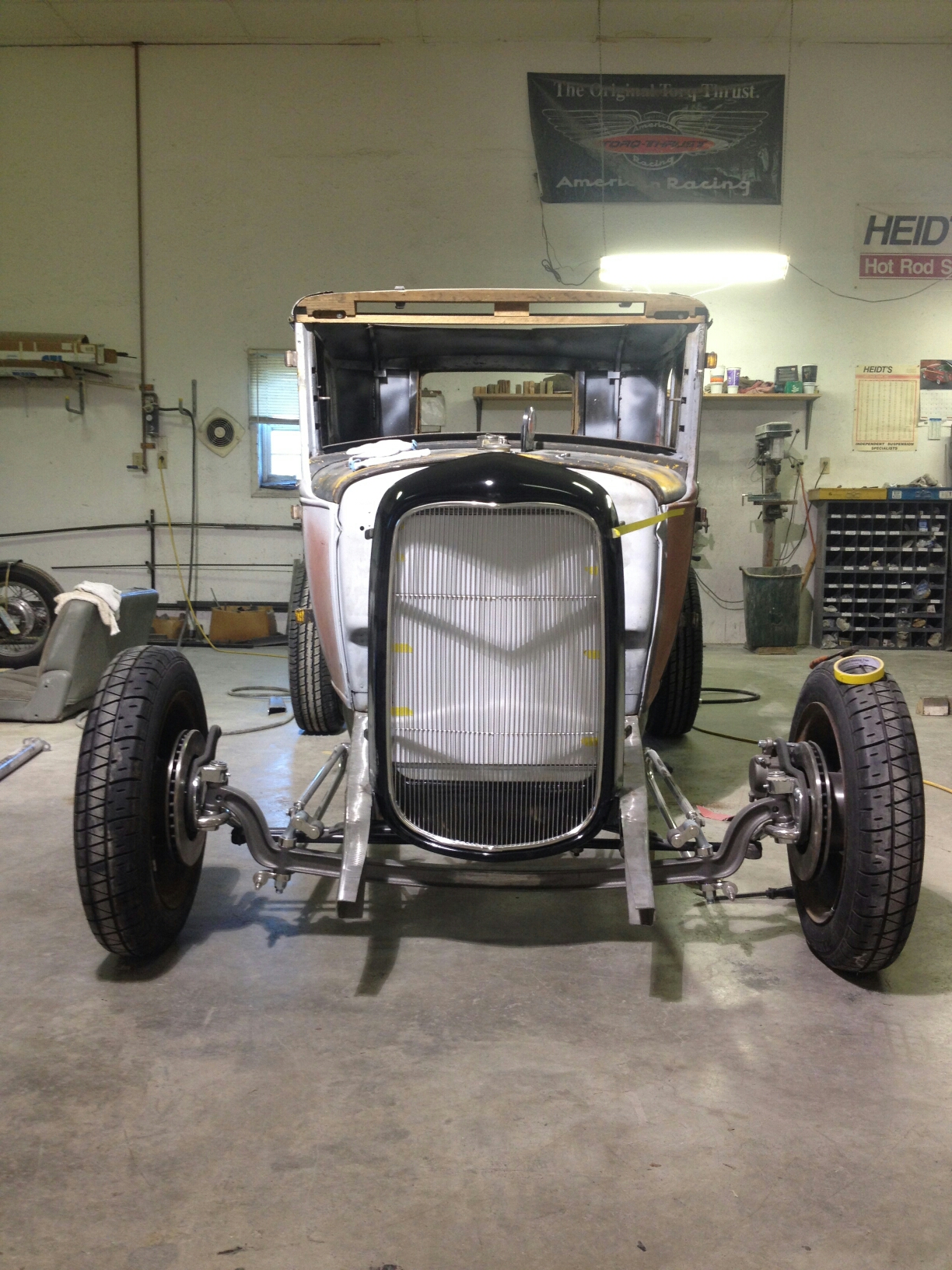 The goal was to build a low budget beater hot rod and have it driving by the 2nd Annual SWMO Hot Rod Hundred Reliability Runthis coming Saturday, and potentially be able to take it to the Lone Star Roundup in two weeks.

The coupe is sitting on a set of deuce rails, has a coil over rear suspension and a 3.25:1 geared 8″ rear axle. Standard 350 Chevy power with a 350 Turbo transmission. It has ’40 Ford front wheels and some aftermarket 16×6 wheels on the back. He’s going to run ’40 Ford Standard hubcaps. 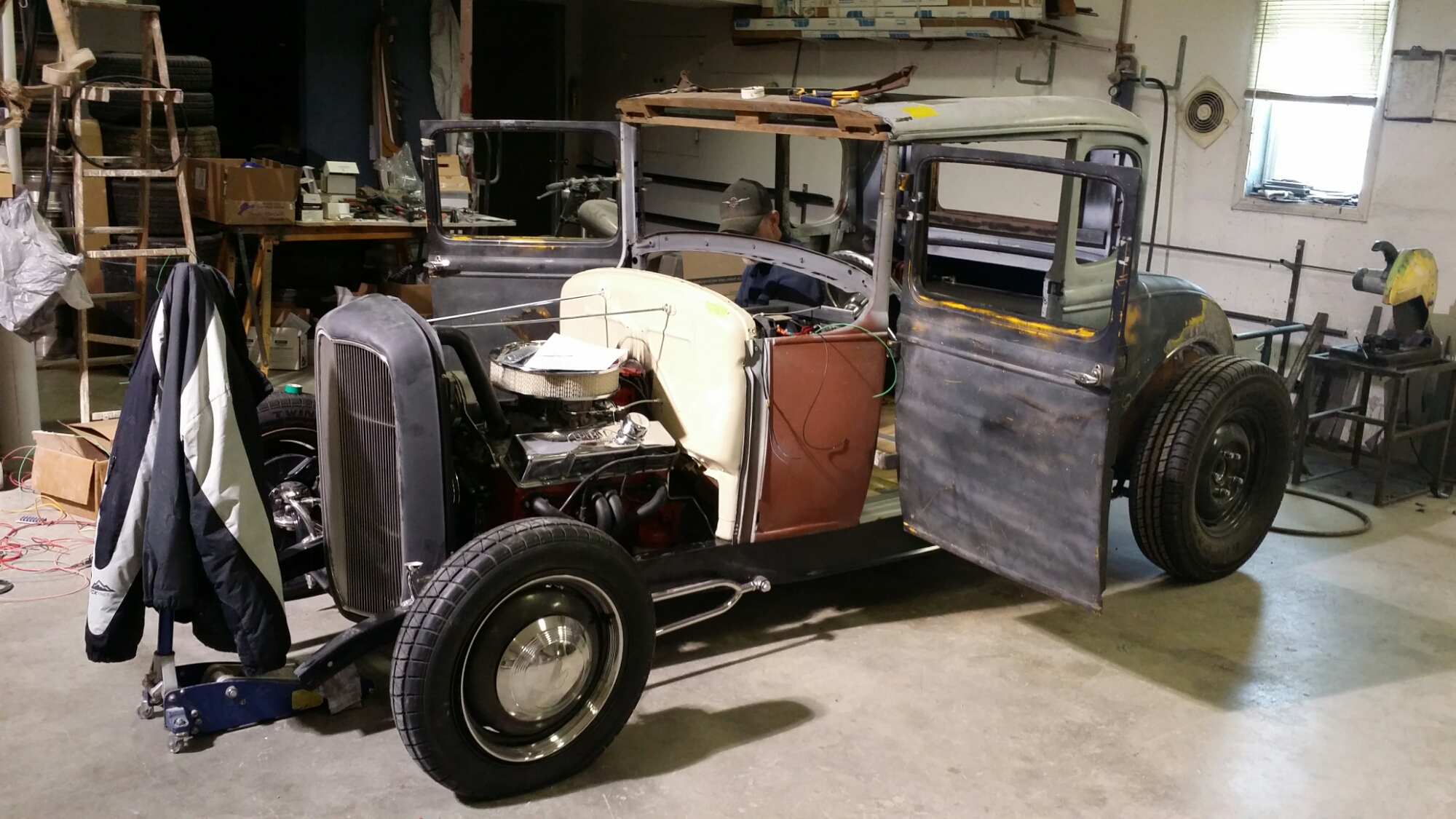 Getting ready for wiring. 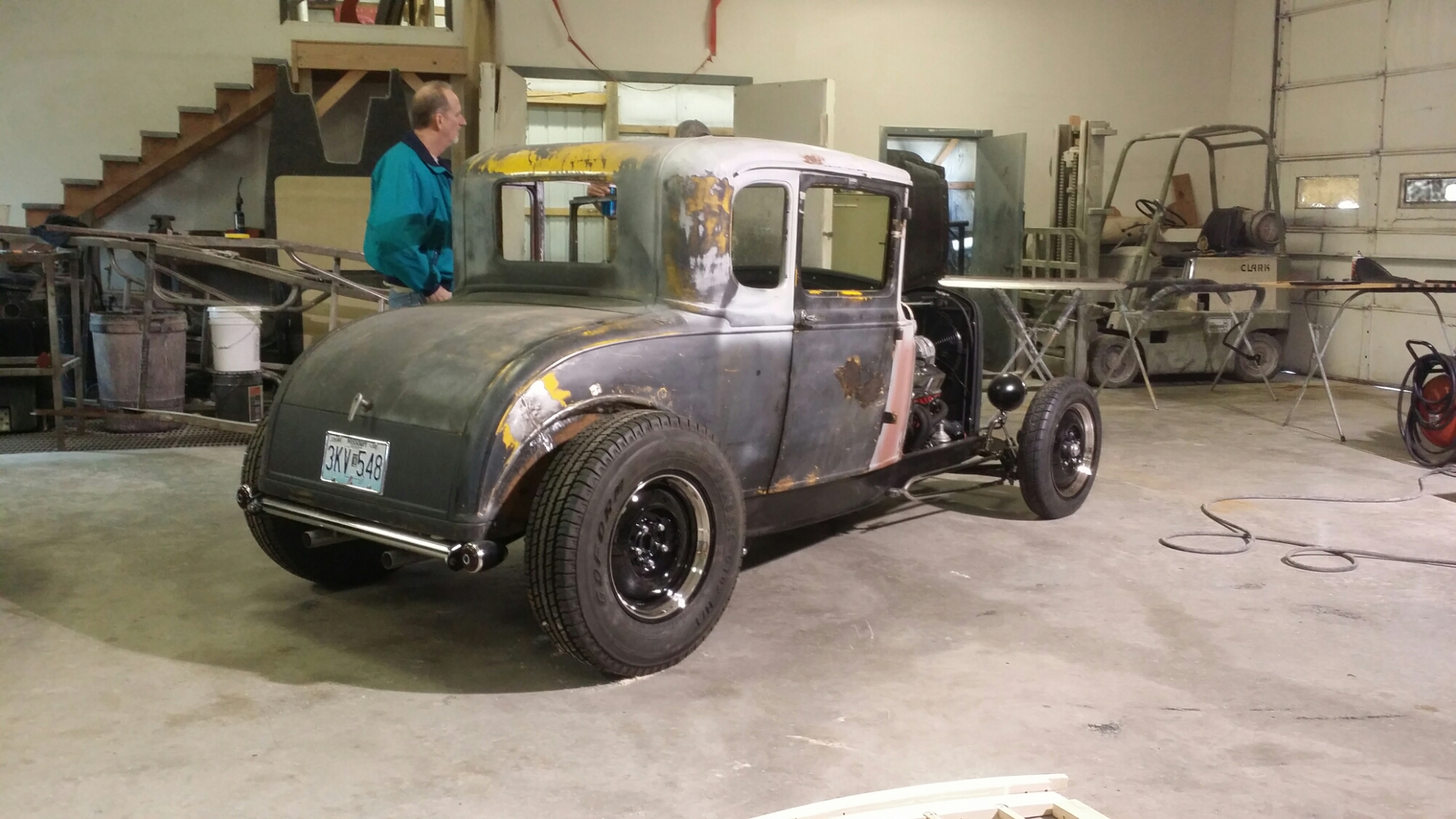 I stopped by on my way out of town to find that he had taken the coupe up and had the exhaust run and finished up the wiring. 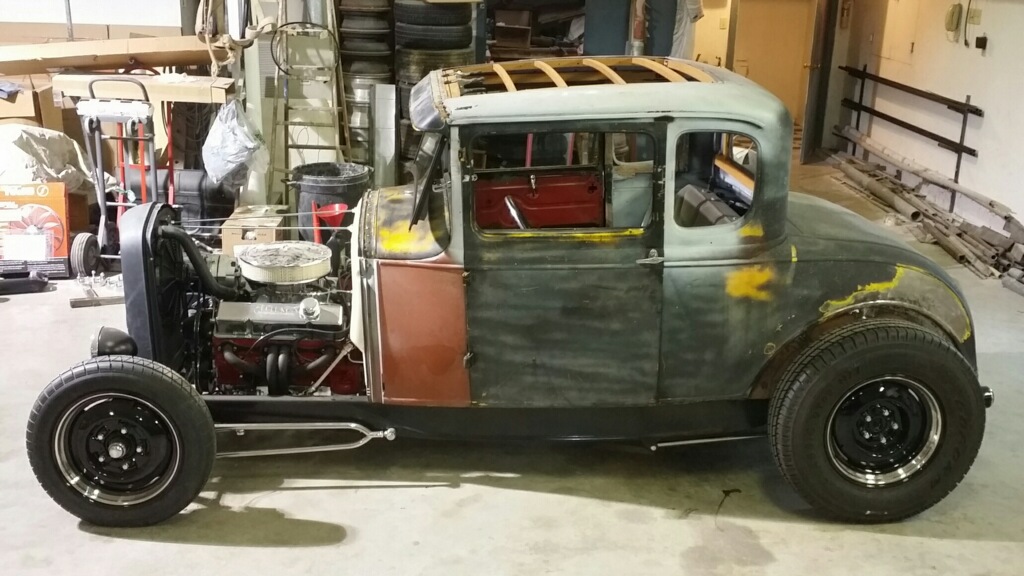 Yesterday, Doug got the windshield installed and has the visor mocked up for nailing to the wooden header panel. 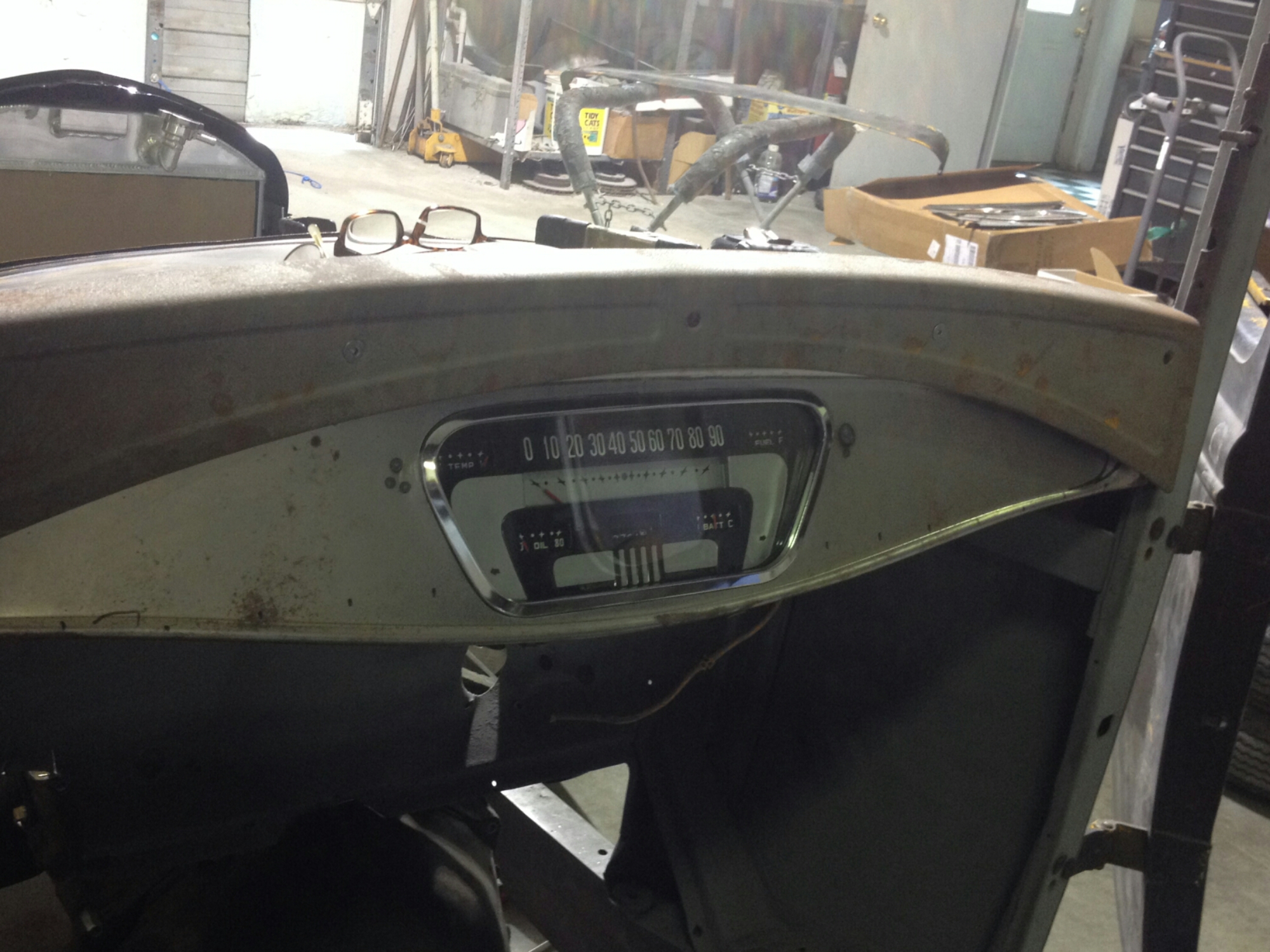 In a conversation that we were having about what to do with the dash, I told him that I had a spare 53-55 gauge cluster that if he wanted to use, he could snag it from Dad’s garage. Since gauges can be a pretty pricey item, he jumped on it, provided that I would help him with which senders to use and making some 12v to 6v regulators.

If he can get the visor mounted tonight or tomorrow morning, he should be able to make a test run or few before Saturday’s reliability run.

Of course, a post on the site isn’t complete if I don’t throw up a photo of one of my ’40 Fords. I was going to meet Doug for lunch, so I had the coupe out this morning. As it worked out, he had to run back south and couldn’t make it. I took some time to pose a few shots around the neighborhood. 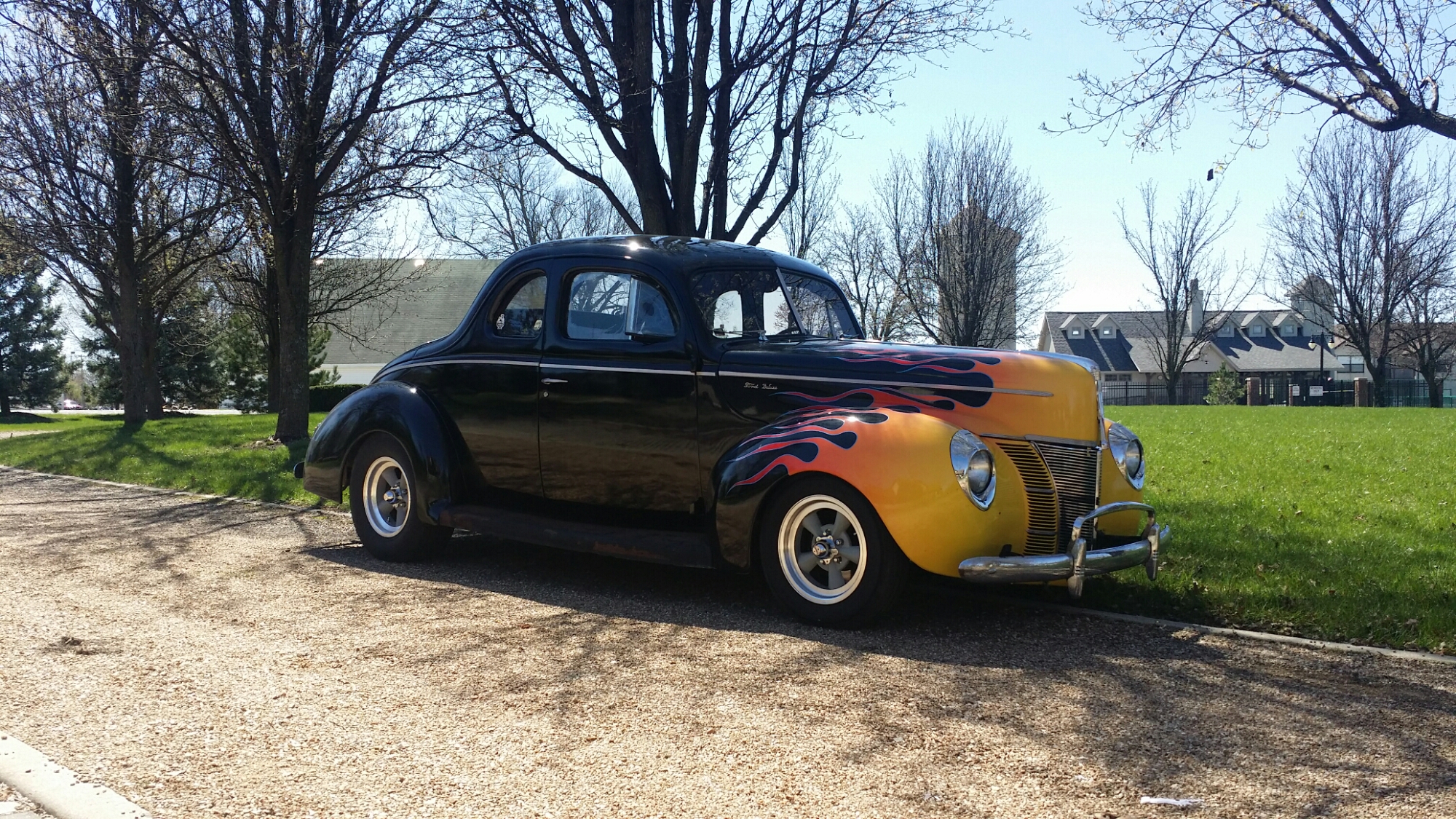 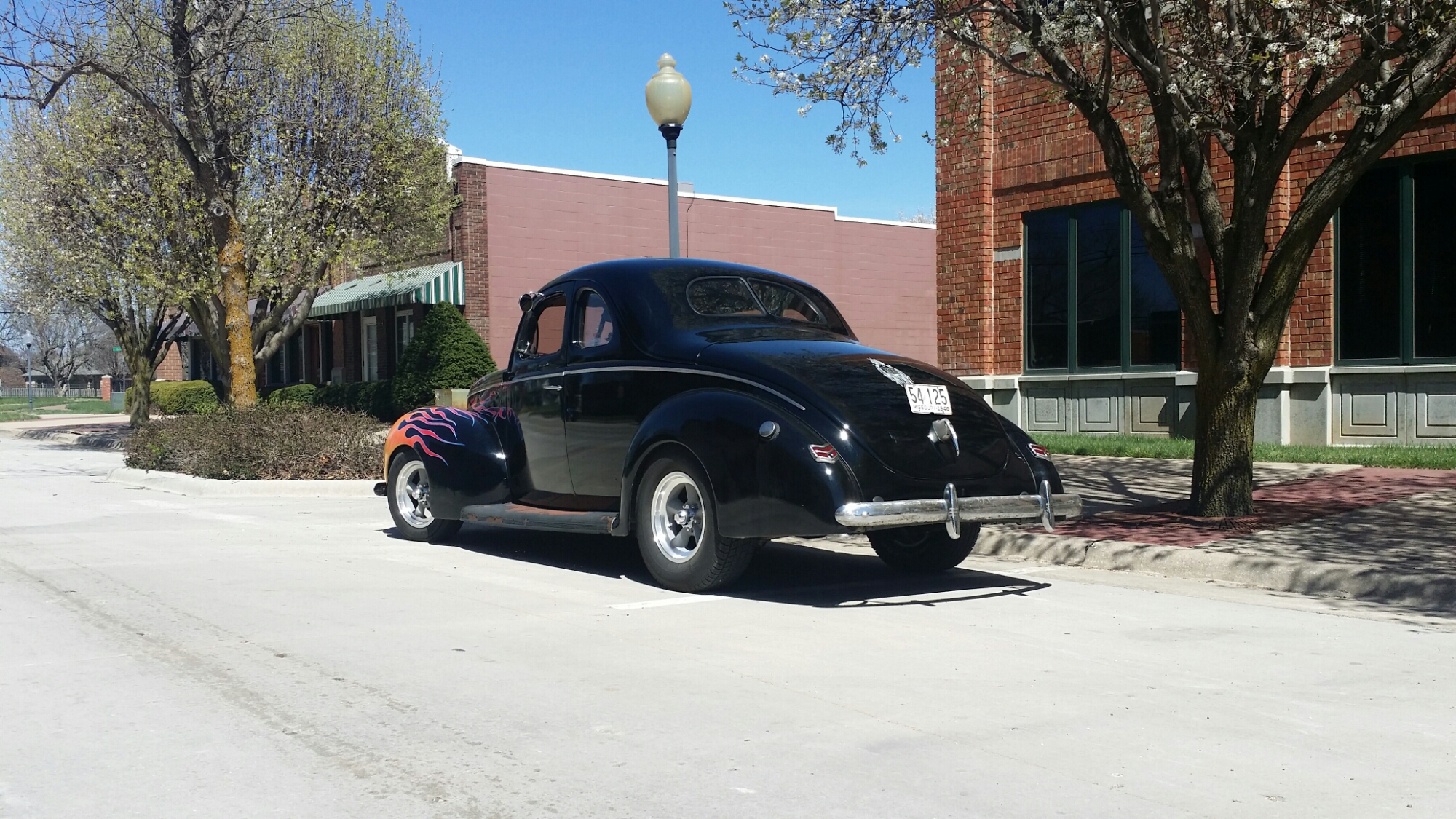