I just realized that it’s been nearly a month since I posted anything on the site.  I guess that is what happens when a guy gets busy with taking a vacation and other stuff like that.

This past weekend, I met up with my friends, Clay Vance and David Hay, and headed over to Oklahoma City, to participate in the northern end of the Hot Rod Hundred Reliability Run. There were actually two events on the same day, meeting in the middle, at Lake Murray State Park. The OkC event was lead by Chris LeGrange and the North Texas event led by Dan Hay.

This weekend’s run was something that I have been looking forward to, because it was the first event since Clay’s gotten his ’37 back together, after having flattening a cam, last year. He had a heck of a “shake down” run!

Clay stopped at my house, to see if he could tighten up his oil pan to slow a leaking front seal. After that, Clay topped off the oil, and we headed over to Joplin, to meet up with David.

The run to OkC, from that point, was fairly uneventful, and we took the turnpike all the way. That evening, after getting to the hotel, we went over to Chris & Kim LeGrange’s house, and put Clay’s ’37 up on the lift, so we could change the pan and gasket, since the leak was still coming out of the front seal.

Fortunately, Chris had a brand new pan, and we were able to get a Felpro one piece gasket, and got it all buttoned up around 1AM. There was still a small leak, and we discovered that the pan, which came from Summit, was too tight to fit a socket in to tighten the front pan bolts. I made a run to find some allen head bolts, and Clay swapped them, and the leak was FIXED!

The run was a lot of fun, and both groups met up at the park about the same time. It was great to catch up with some of my friends from Texas, and I parked my truck over with Big Ken McClure, and the “Torques”. It was good to meet the rest of his crew! 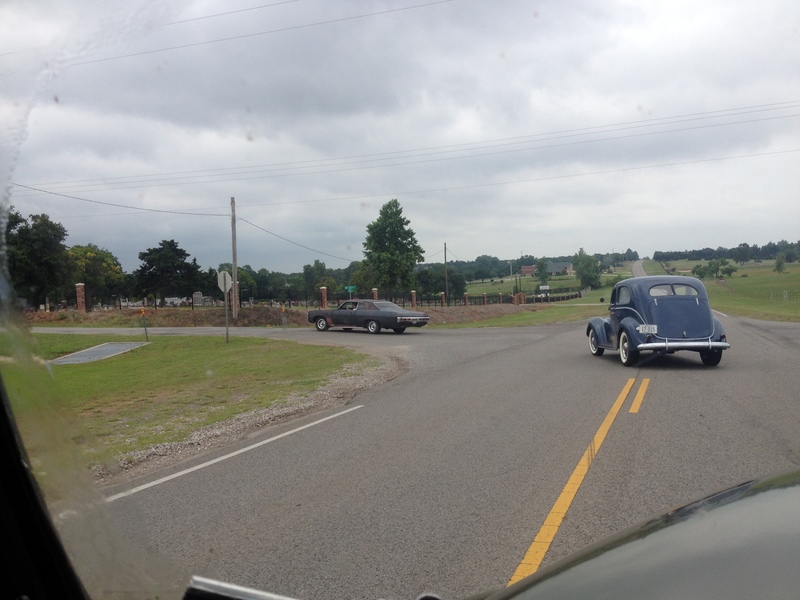 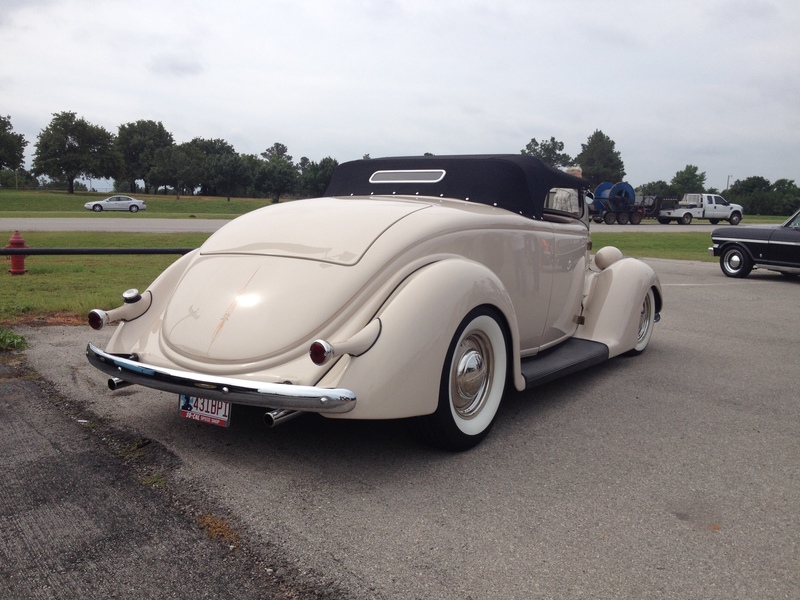 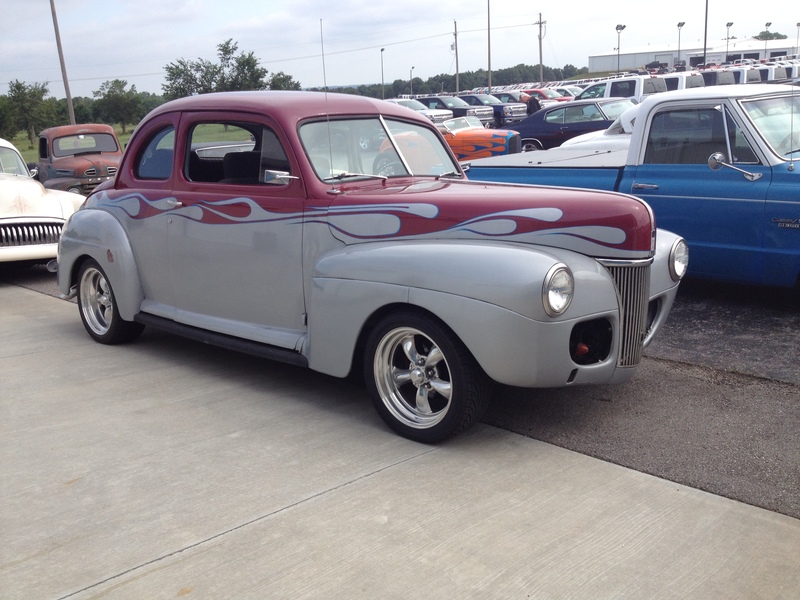 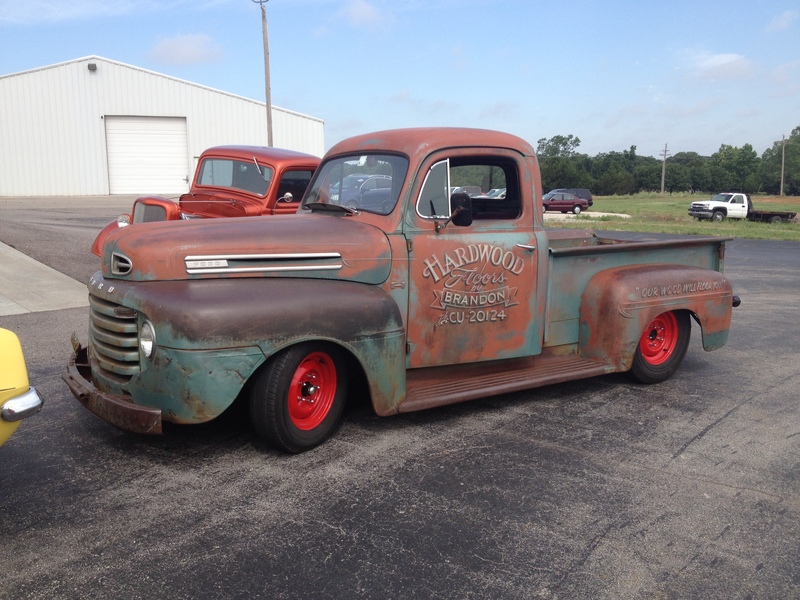 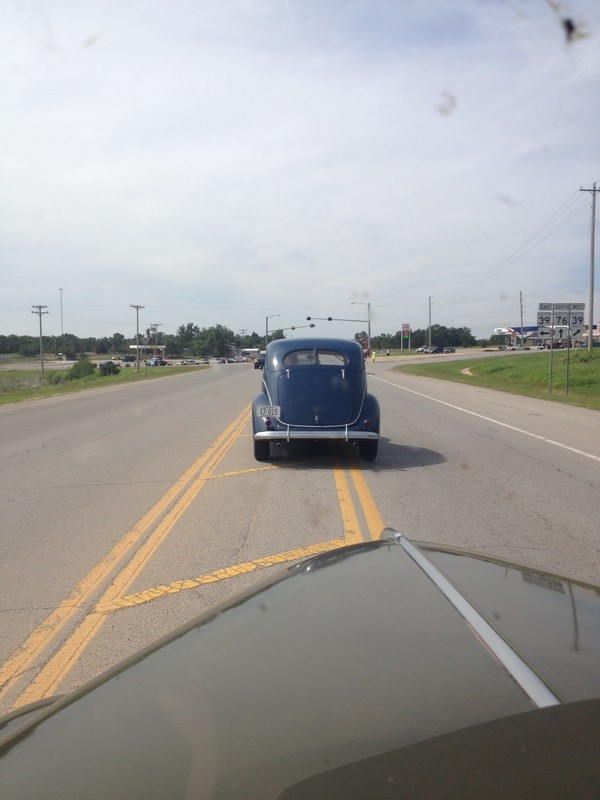 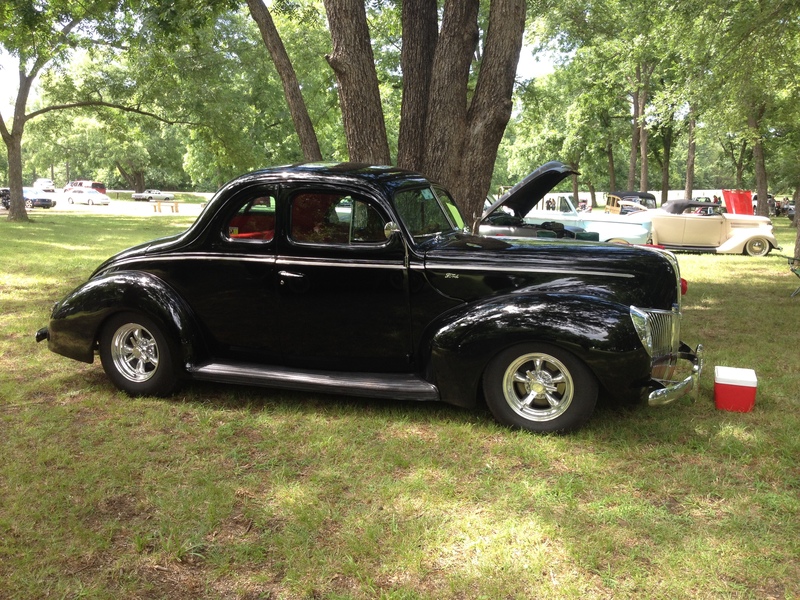 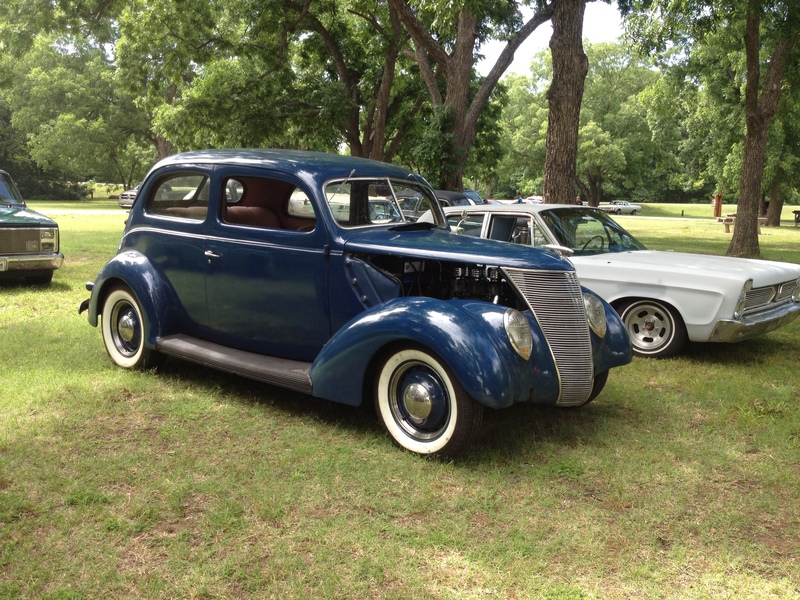 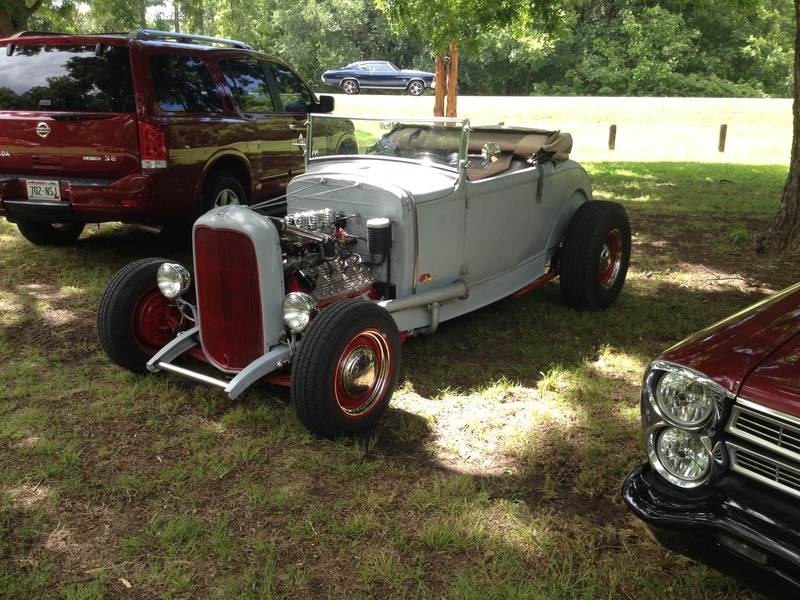 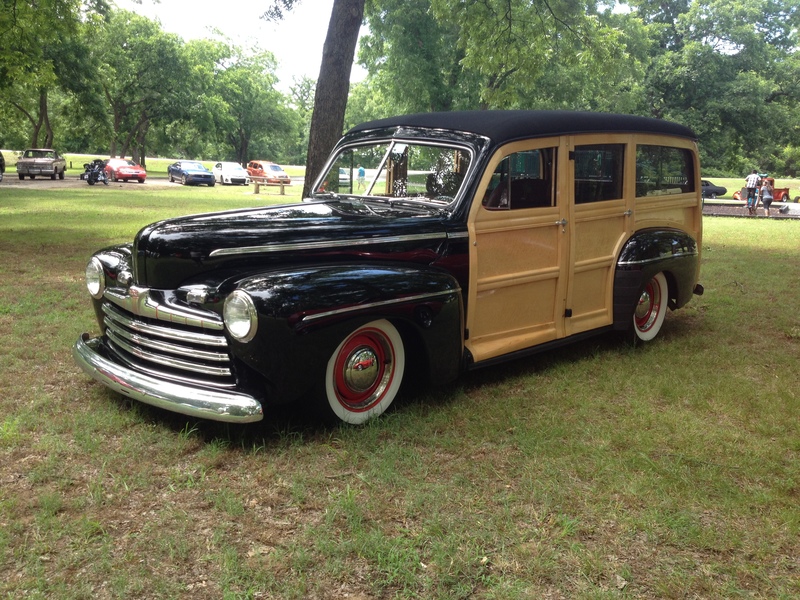 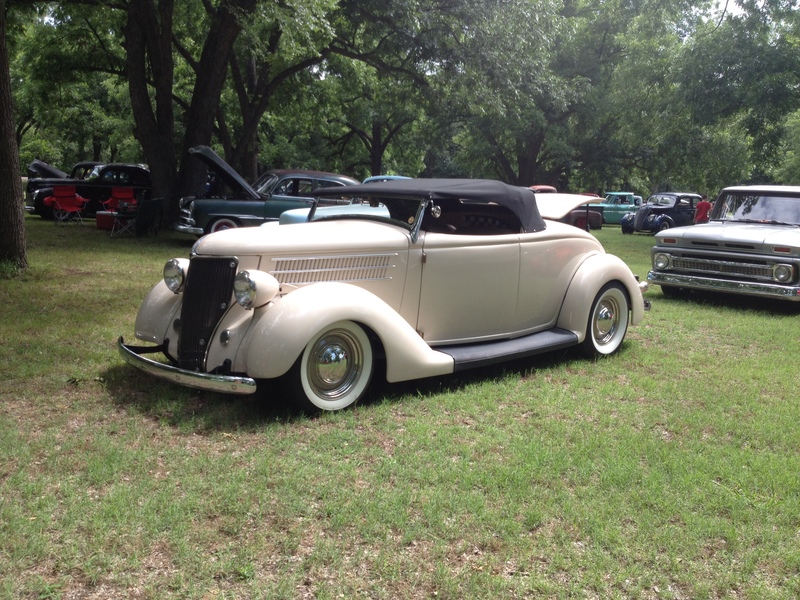 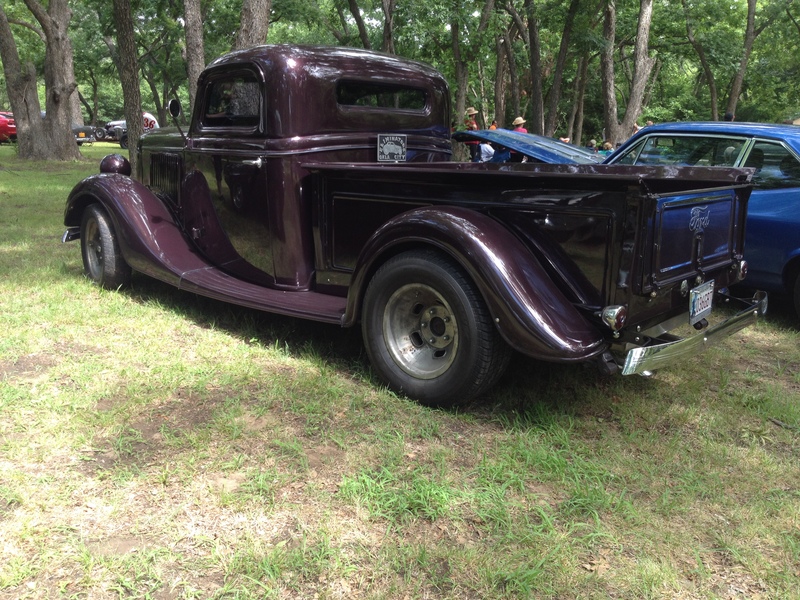 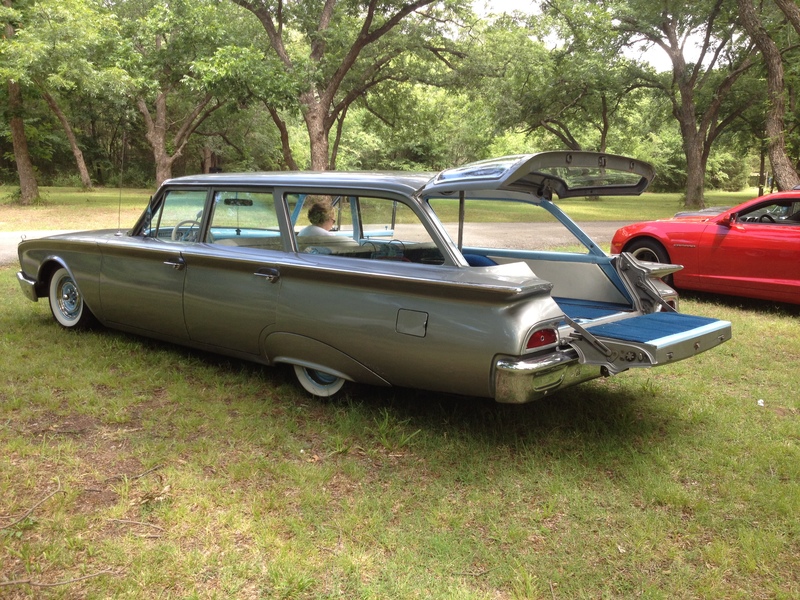 We rolled out of Lake Murray, some time around 6PM, and we headed back through Durant, up highway 69, and back across to Springfield. Somewhere along the way, Clay hit a bump that jarred his front end so hard that it knocked his headlights loose from how they were held into the headlamp buckets. Fortunately, we were able to find a new set of headlamp bulbs, and used some chrome 100 MPH tape to get him back to where he could see, and finally rolled into Springfield a little after 2AM.

It was a LONG two days of hot rodding, but what a blast. I logged about 847 miles, in the truck, and I think Clay said he ran right at 1,255. A great adventure with great friends!