I’m sure I have a little ‘splainin’ to do, regarding the mags on the ’40 stake truck.

Not a whole lot going on, around here, with the pre-48 stuff. I’ve been spending time with my “late model”, the ’54 F100, taking care of fixing stuff that I’ve put off. I’ve finally got gauge lights, a functional Borg Warner overdrive unit, but I’ve still got a driveline vibration at highway speeds.

I decided that the easiest (cheapest) way to see if I had wheels/tires that were out of balance was to swap the wheels with the ones on the ’40 stake truck, since I know that they roll smooth. Unfortunately, that didn’t fix the problem, which I believe will only be fixed once I swap the spring bushings and pins, but that’s a job I’m not ready to tackle yet. That will come when there’s money in the bank that I can spend on a dropped front axle.

So…while I have the steelies under the ’54, I needed to put something back onto the stake truck. Definitely gives the truck an early 70’s vibe!

For kicks, I posted a couple of shots of the stake truck, one with steelies and the other with mags, to a couple of “social media” groups. The reactions were pretty funny, telling me to put the steelies back on it. My thought is more along the lines of, “I normally wear work boots, but occasionally, it’s nice to put on a pair of sneakers.” 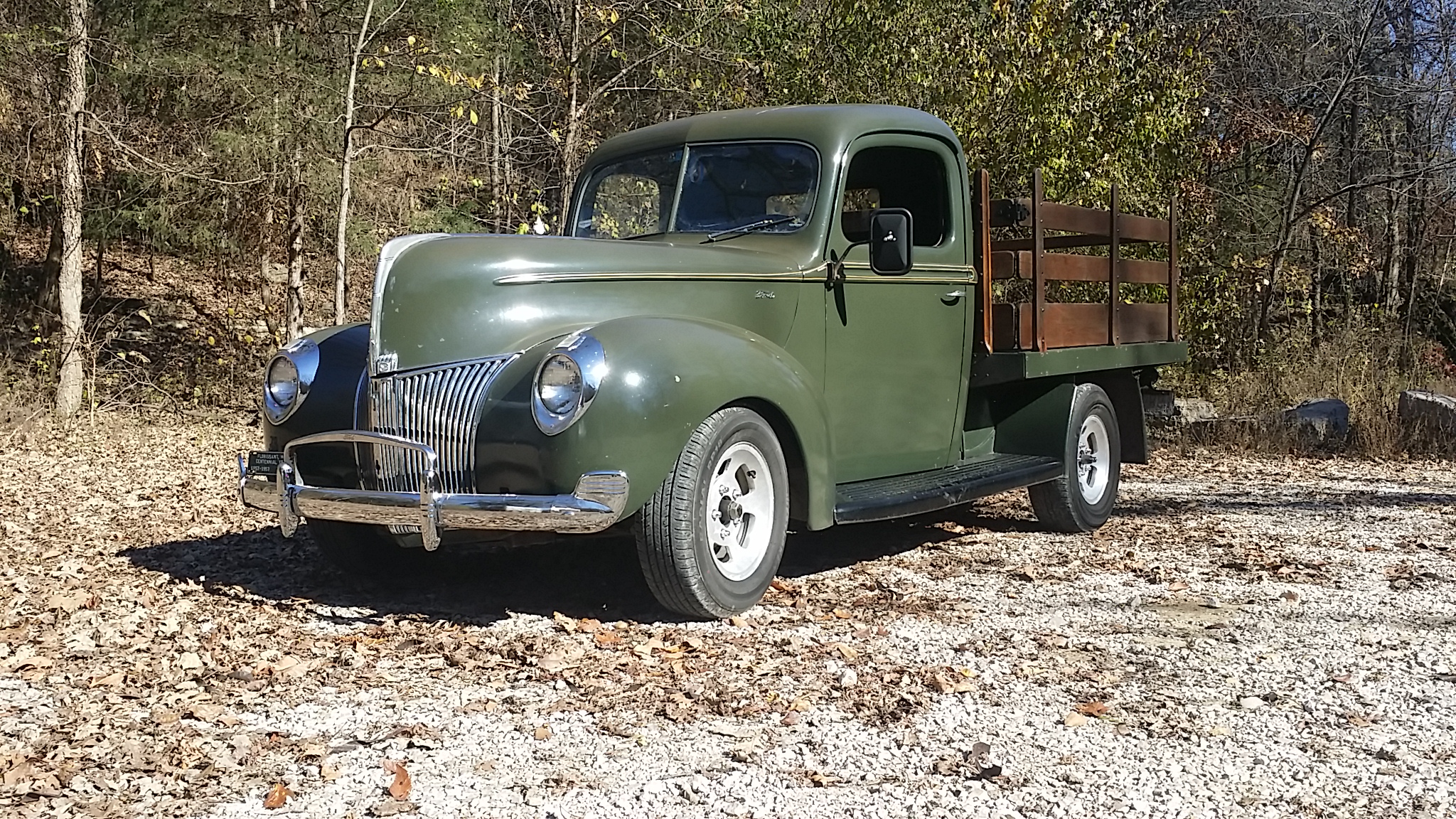 If I ever change the truck to have high gears and smaller rear tires, it will need a dropped axle 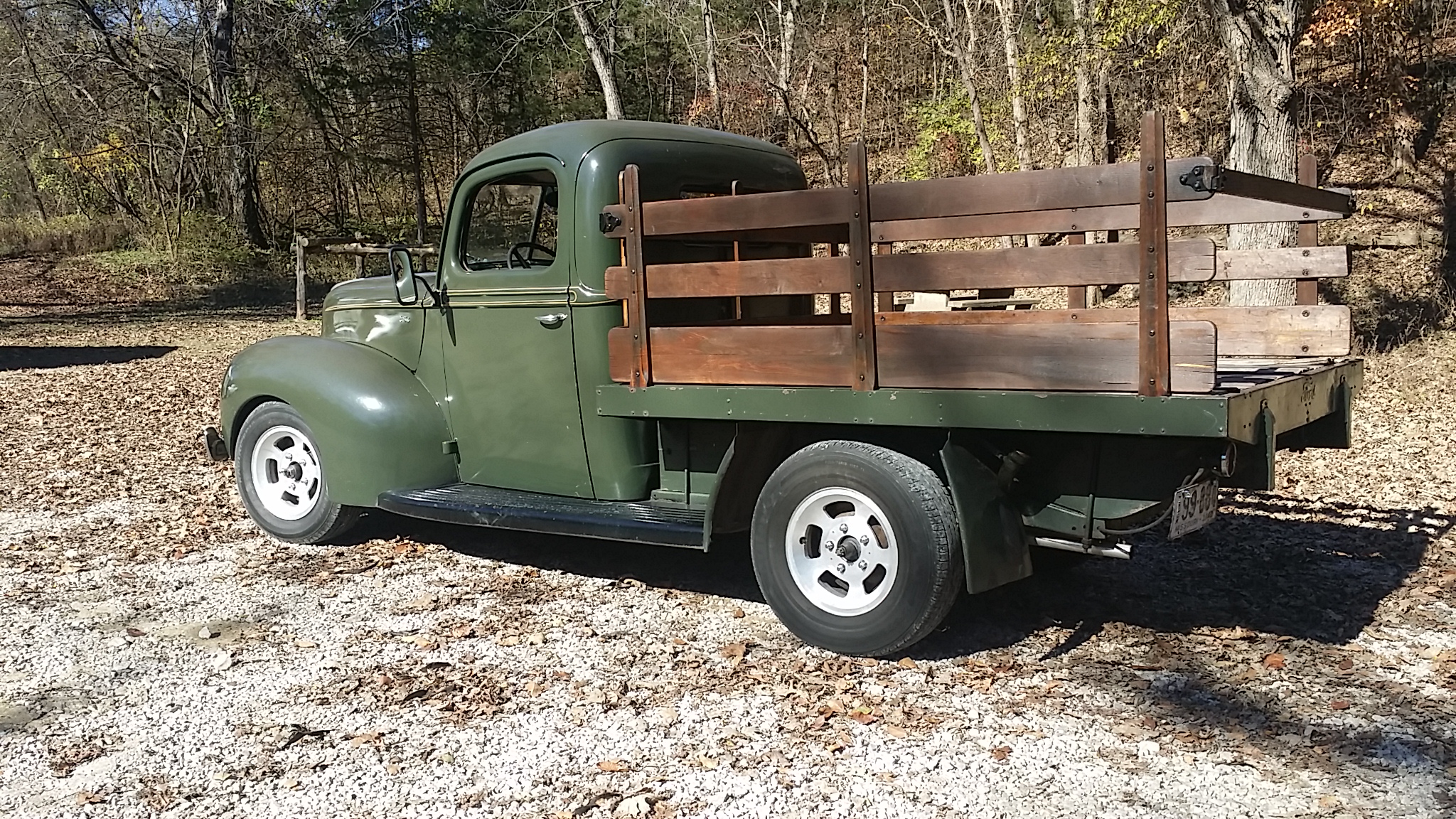 Anyway…that’s about all that’s going on here. I need to get the ’40 stake truck back to the house and get it cleaned up for the 2015 Hot Rod Holiday car show, coming up in December.