And I didn’t go. I saw some video of the cars entering the event, and decided that I probably will not go back. As I have said before, if I wanted to attend a Goodguys event, I would have joined Goodguys.

For me, it’s still the “principle” of the thing. Not to be a pre’49 “snob” as I have been called, but when an organization has defined itself for all of it’s existence, and then continues to define itself that way, however, does everything to promote everything other than what it has defined itself by, it becomes it’s own oxymoron.

Instead of going to Lou’vul, I chose to save the money and go to Frog Follies in a couple of weeks. I also decided to take the ’40 up to the midget races about an hour north of town. 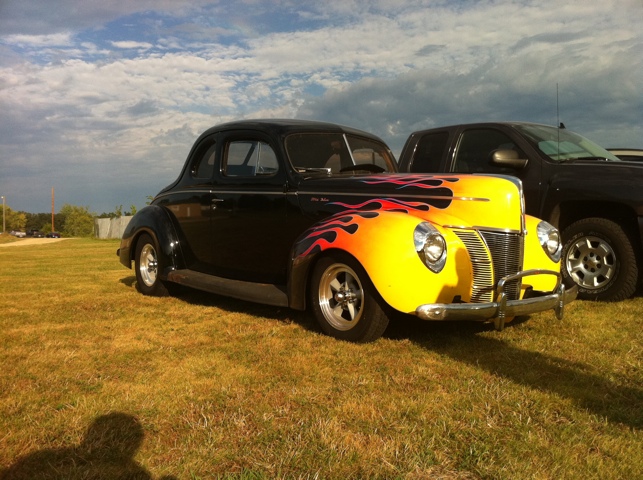 I had more fun hanging out and riding up to the races in my ’40, with my buddy Mike. Something about having the only pre ’49 car on the highway up and back, and in the parking lot, made our trip the coolness that it was.