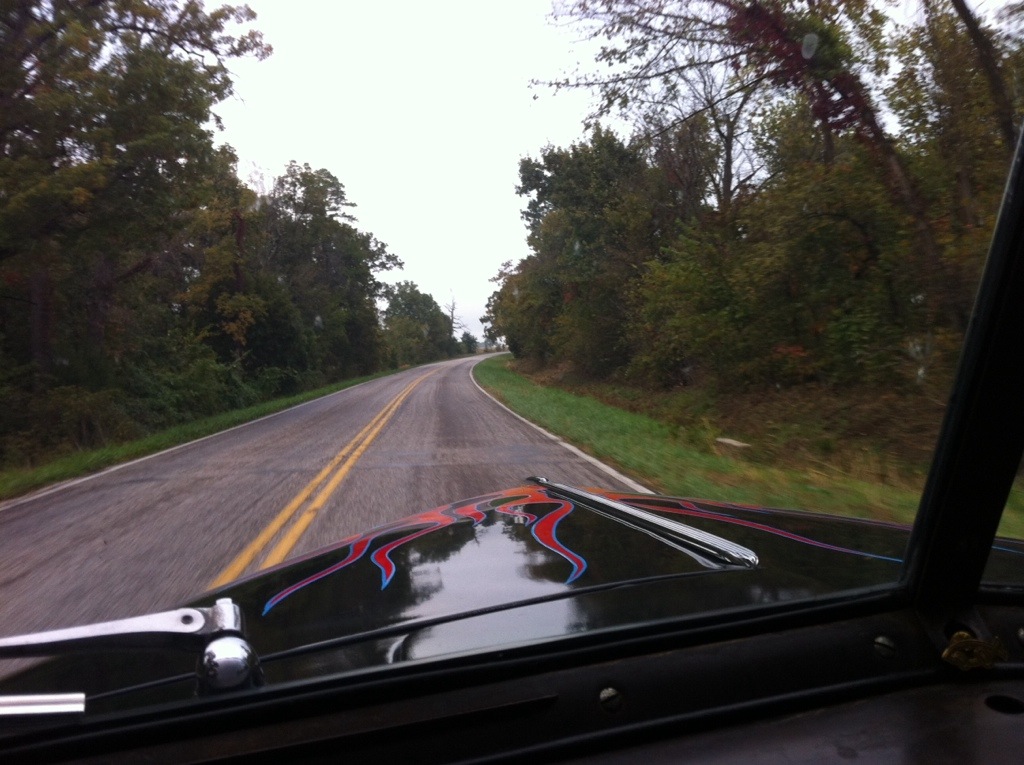 In preparing for the April 19, 2014 Hot Rod Hundred, one of the tasks, in deciding on a route, is driving the route that was laid out on a map to make sure that it translates in real life. The Hot Rod Hundred events are actually a project of The CrossMembers Car Club so I sent out invites on the HAMB and on Facebook, to see if I could get a handful of guys to come along. Quentin Brown, Curtis Green and Dick Craig were crazy enough, I mean willing, to help me scout the route and provide me with some feedback.

We met about 7:45, for an incredible breakfast, at the American Legion Hall, and took off about an hour later. The temp was in the upper 30’s and the sky was overcast, so the day began a bit brisk. About an hour into the ride, the clouds split and the radiant heat was welcomed!

The last stop of the ride was at Gary’s Gay Parita Sinclair station. While talking to Curtis, he was telling me that he was pumped that the route had 3 distinct characteristics about it. Rural 2 lane, lake area (with 5 lake crossings) and then Route 66.

I got some valuable feedback and had a great time! 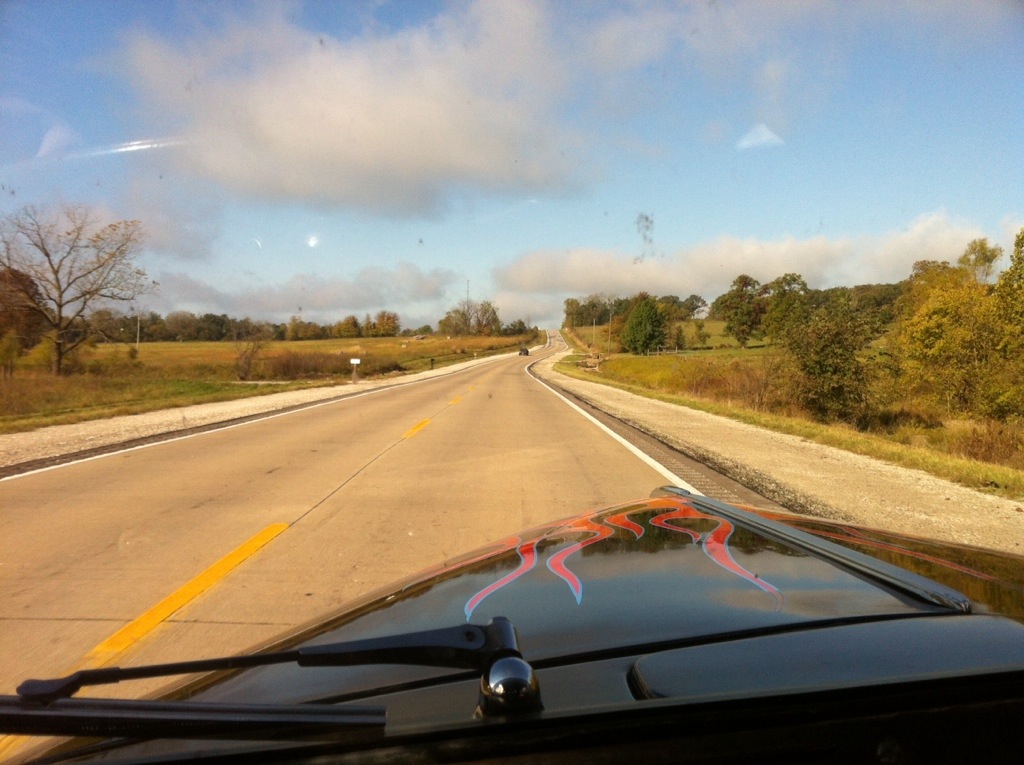 The clouds started to part and let the sunshine through! 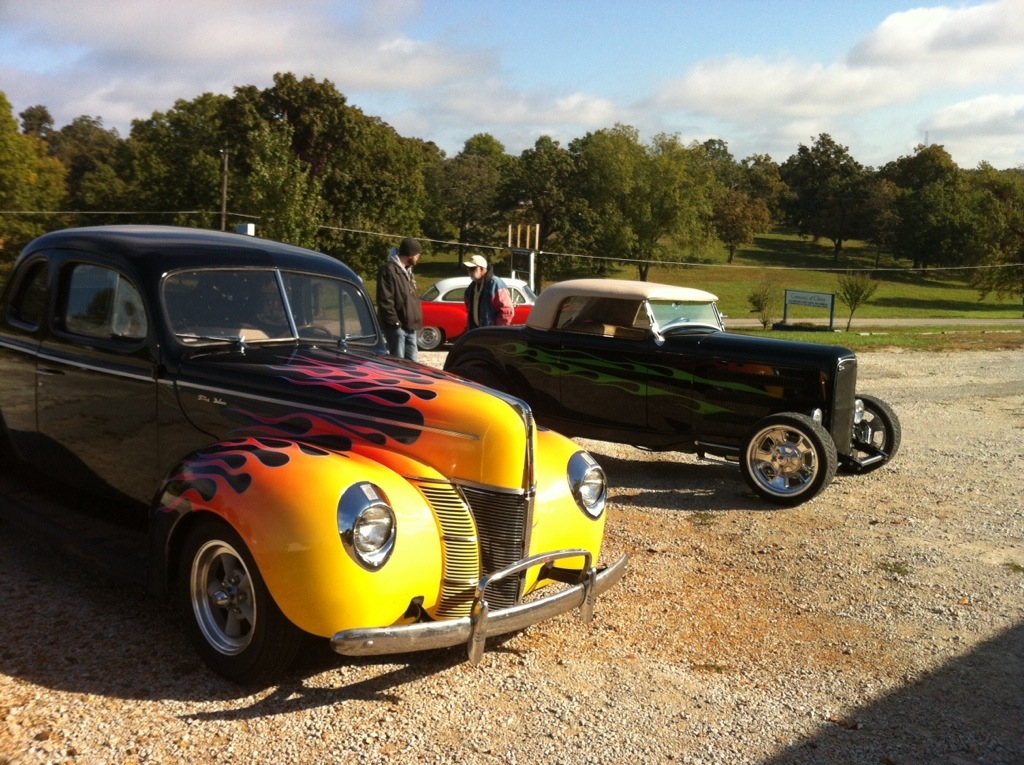 Stopped at the Squeeze Inn, but were there way before they opened. 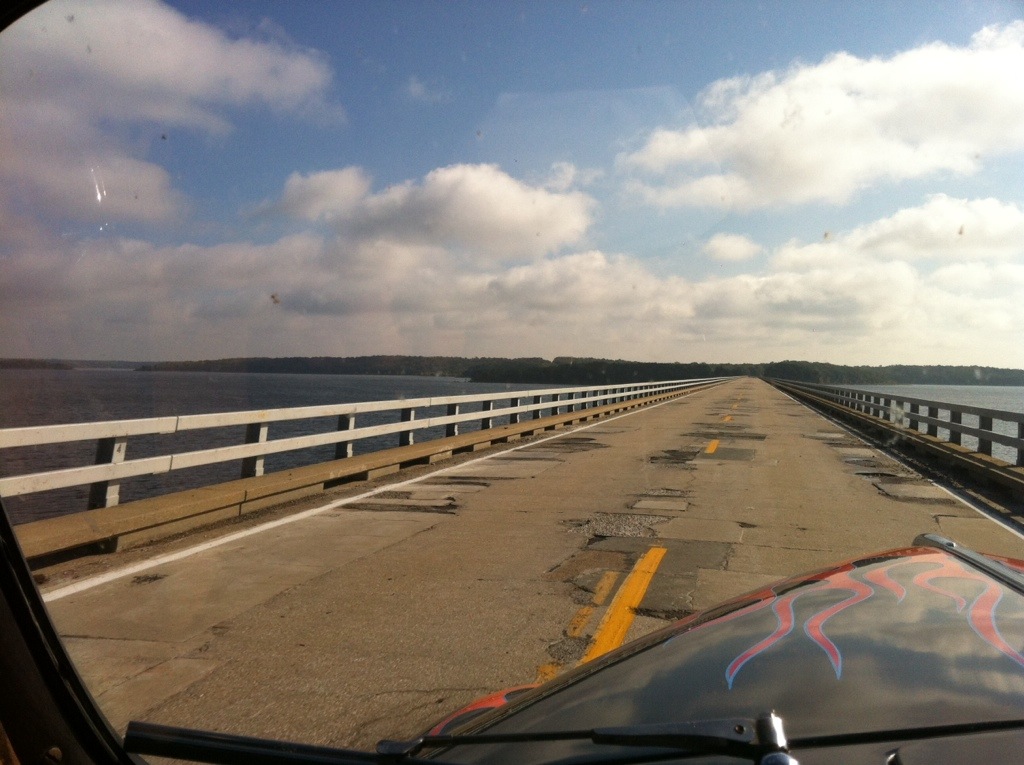 The third lake crossing (actually second of the day, since I missed the dam turn, er, the turn to go over the dam.) 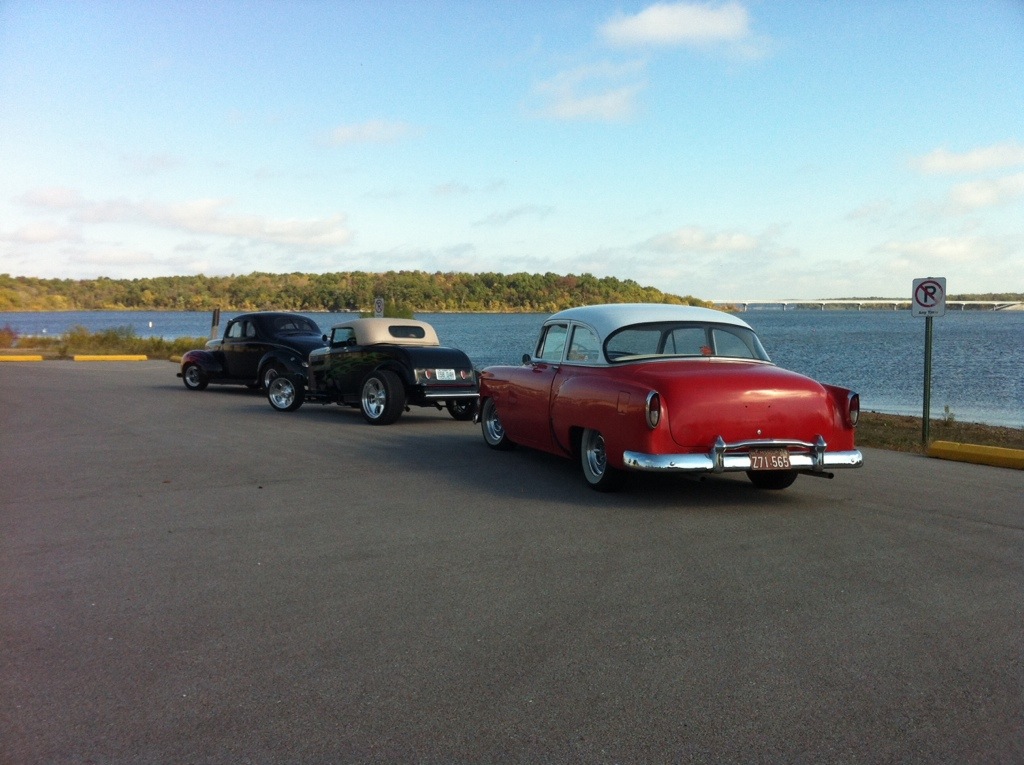 Parked in the “NO PARKING” area, to get a shot towards the lake. 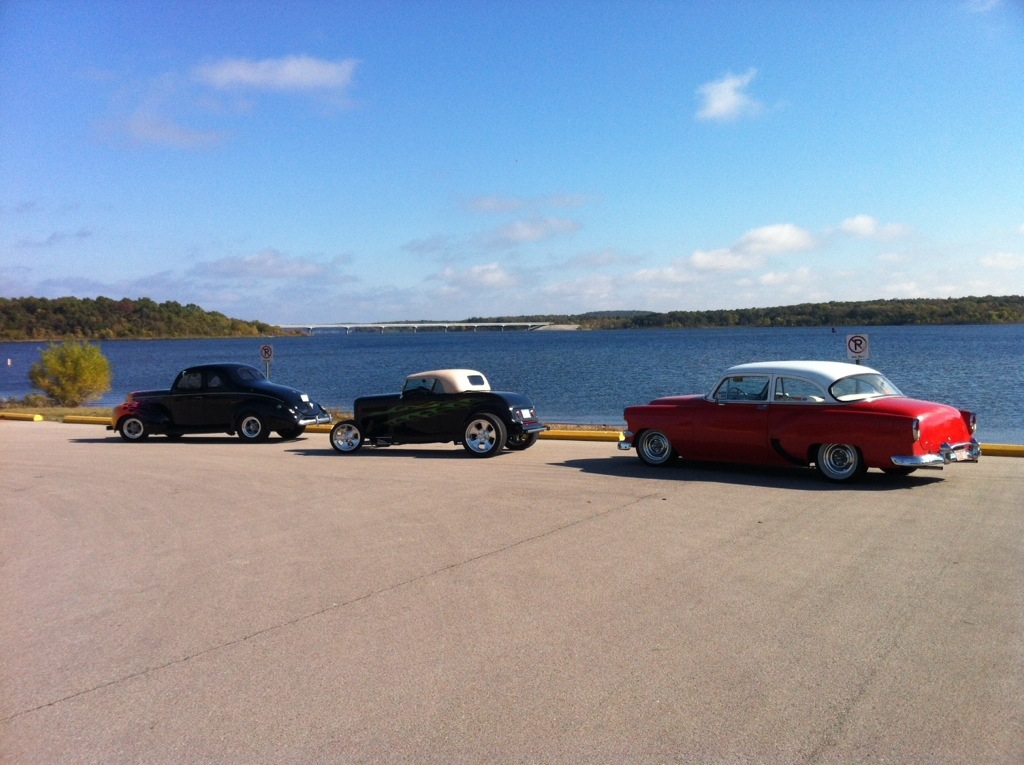 Don’t gripe about the fact that Dick’s ’54 isn’t a “Street Rod”. The HRH events are open to HAMB Friendly vehicles (and even street rods with Billet Specialties wheels) 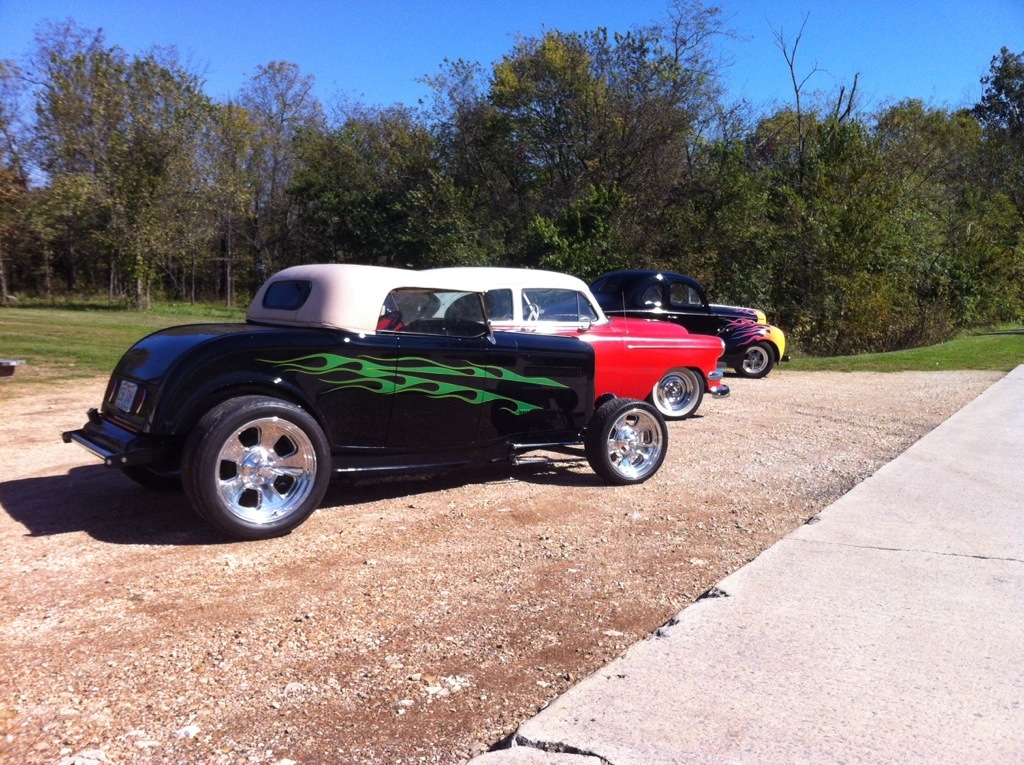 The first of two shots at the Spencer, MO Phillips 66 station 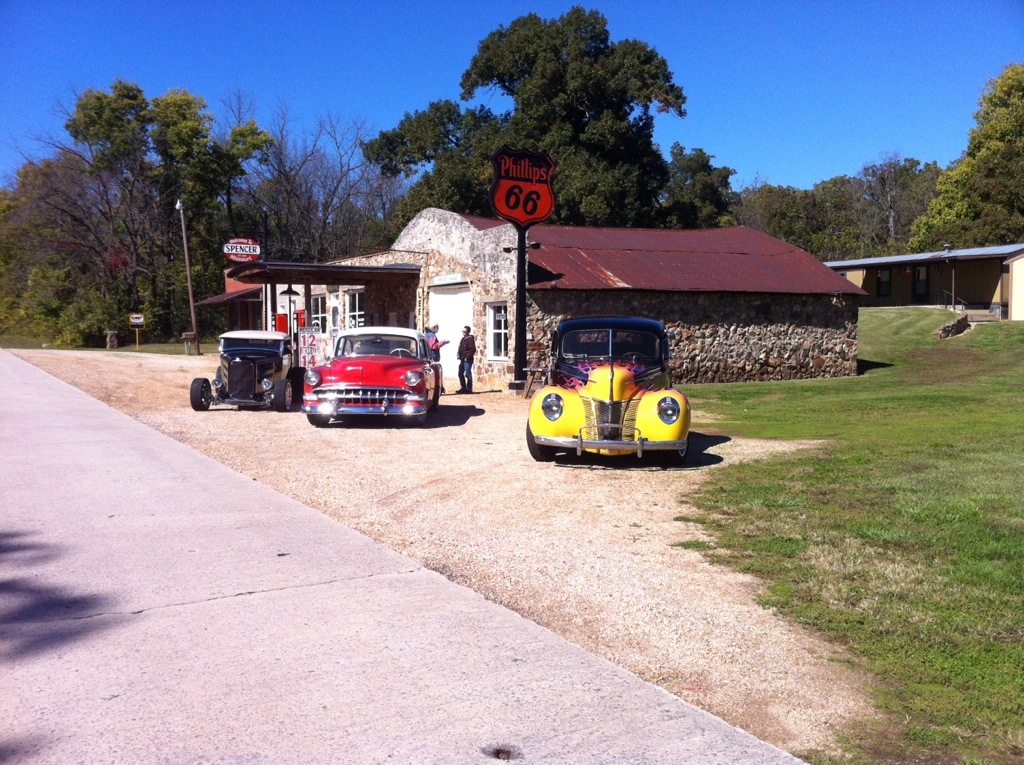 And the second shot at Spencer, MO 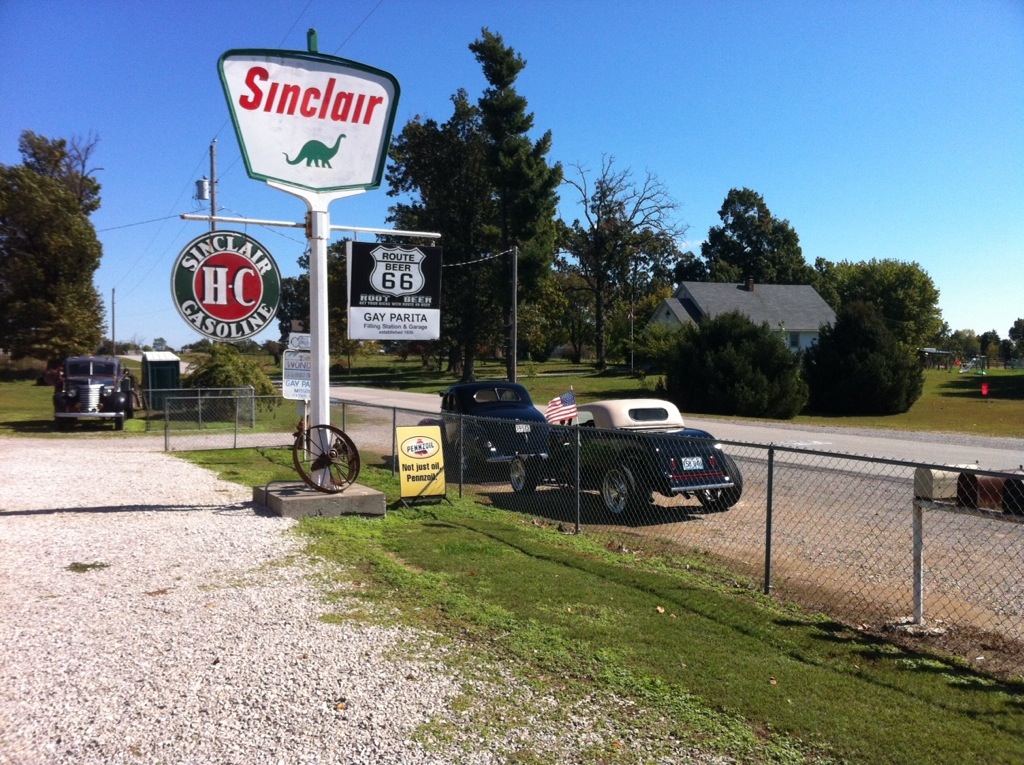 And we stopped by to see Gary, at his little Gay Parita Sinclair station.