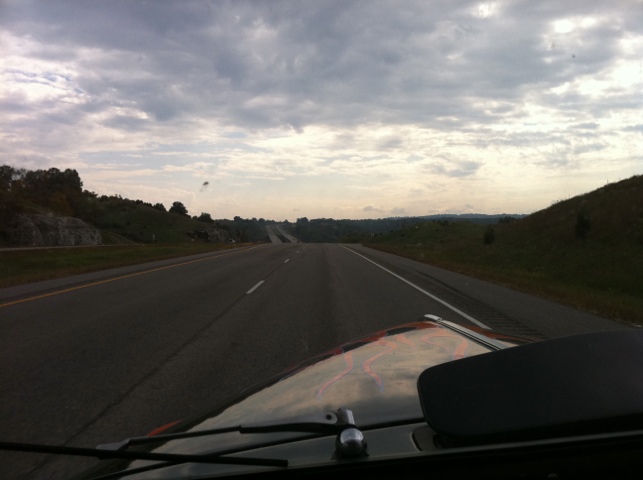 We had a regional meeting, this week, in Conway, AR. Since there was some rain in the forecast, I decided to take the ’40, since I currently have the vacuum wipers bypassed on the ’37, and the ones in the ’40 just seem to work better, since they are below the windshield, and the wind doesn’t blow them up!

Thanks to Dr Dave, for letting me interrupt your afternoon and get the tour of your office. Can’t say I have ever seen any cooler offices! Also, thanks for snapping the pic’s and sending them to me. Hope to catch up with you again in the near future!

The rest of the pic’s were trying to get a good “sunset shot” and to capture the fog that was lying heavy in the valleys. Was a beautiful ride, until I hit a nasty storm between Leslie, AR and Harrison. Had to slow down to about 35-45 MPH, wind was blowing crossways around the same speed, and leaves were swirling around. Made for a tense ride, but everything cleared up around Harrison.

Life, behind the wheel of a hotrod, is good! 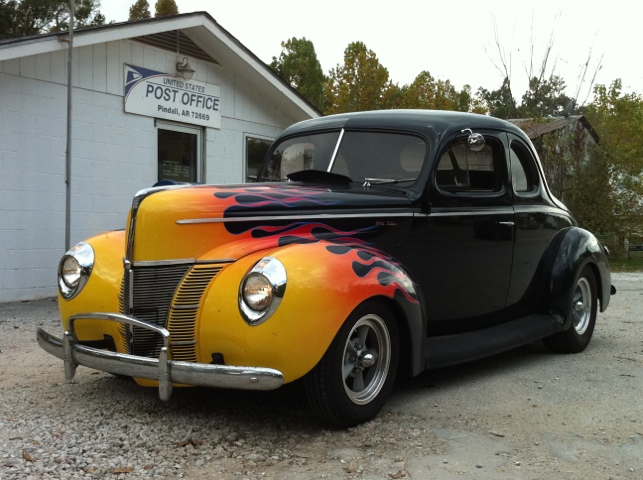 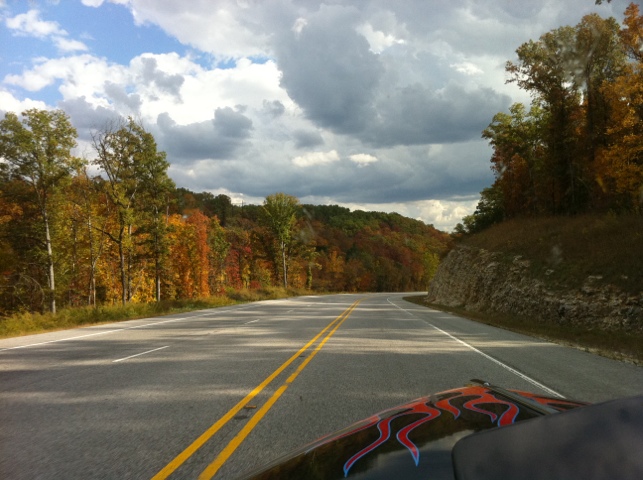 One of the downhill sections with some pretty fall foliage. 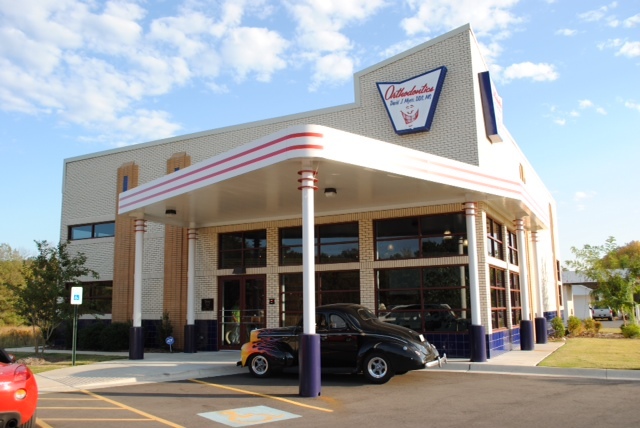 Dr Dave’s office. Dr Dave is way cool, and called one of his hot rod buddies to come over and meet me and check out the ’40. Was cool to get the tour of his offices, and meet him and Duncan! 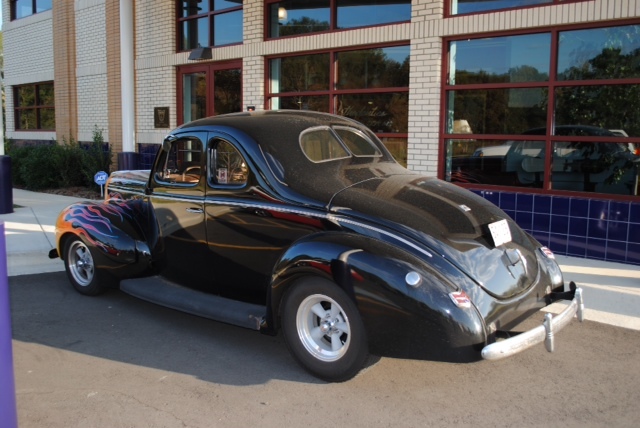 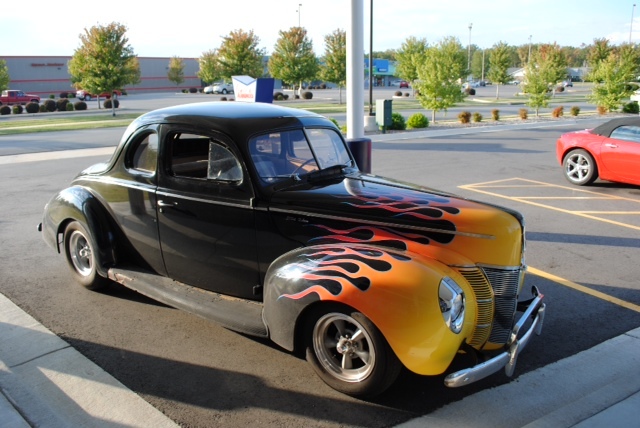 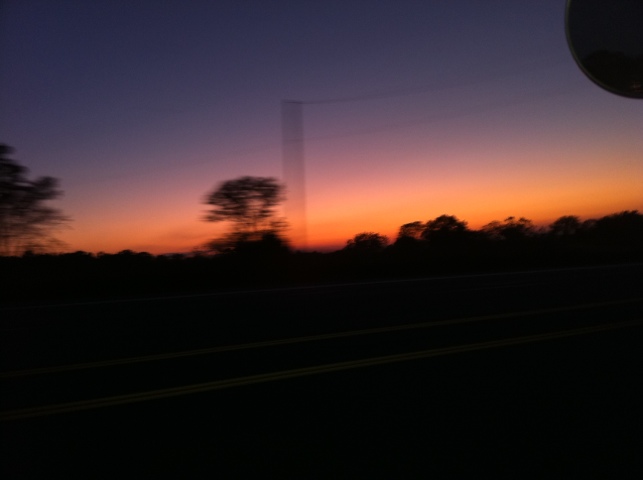 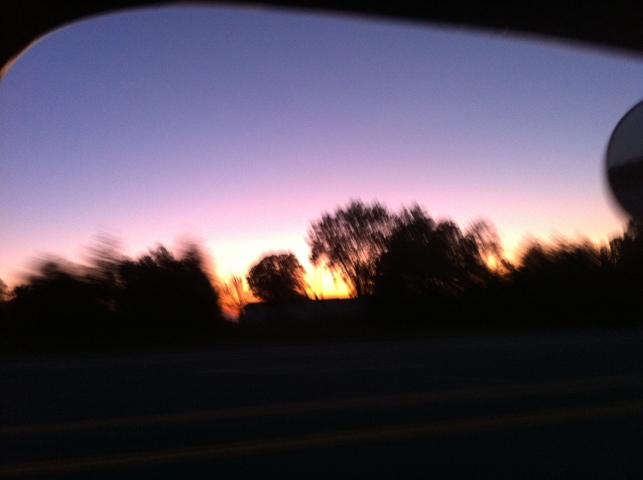 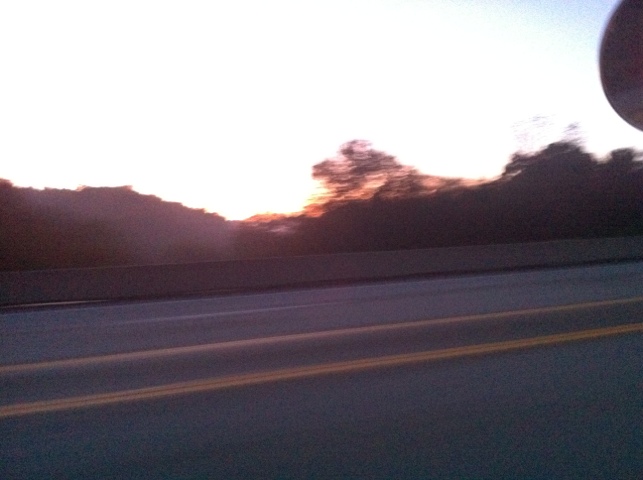 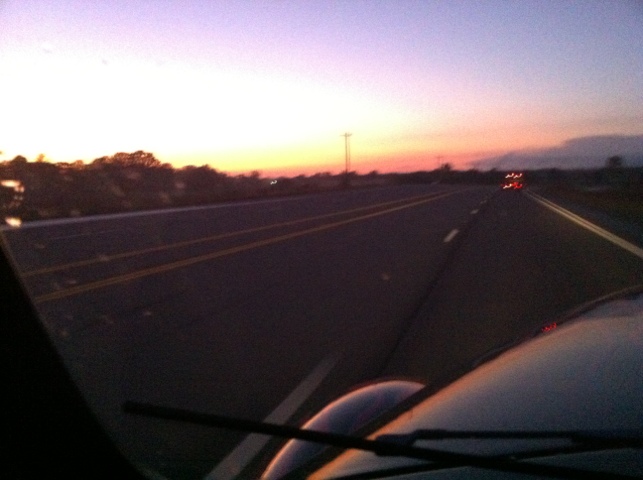 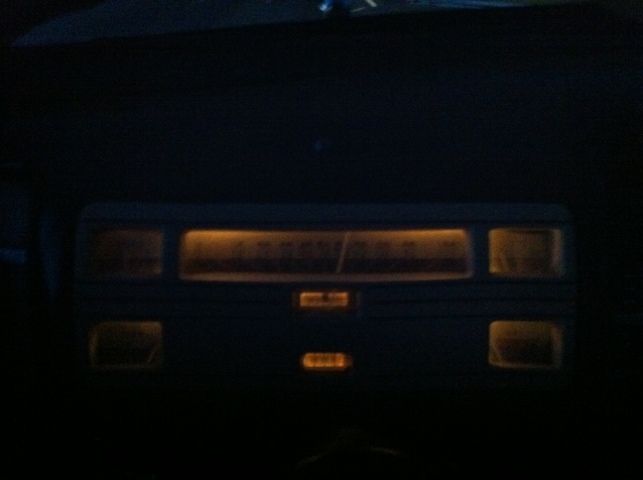 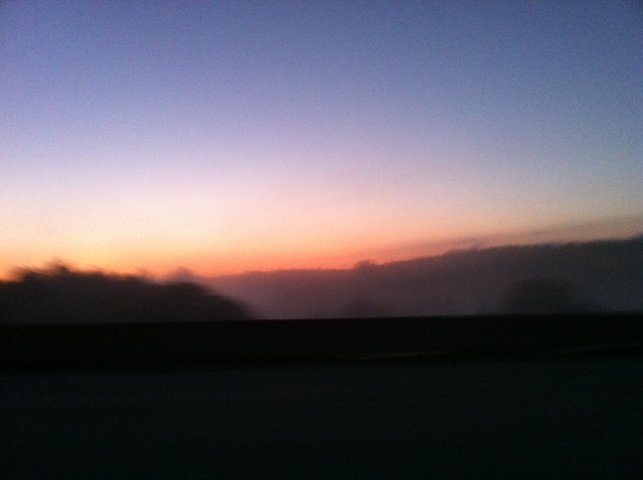 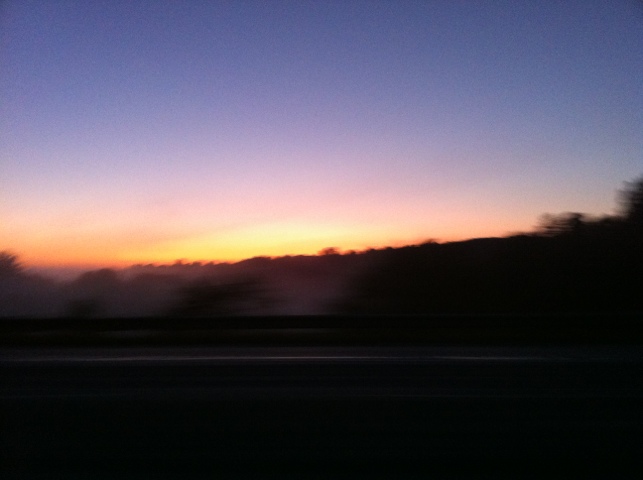