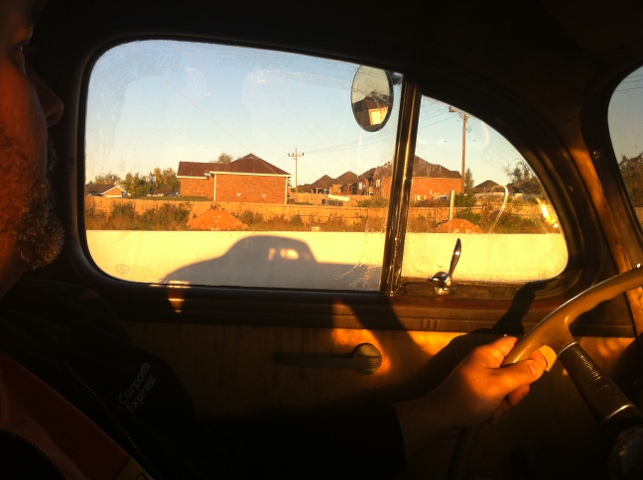 This morning, I had to take my younger daughter over to a speech and debate tournament. Since I am on a kick for driving my ’40, we took it. As we were driving down the highway, I noticed a cool profile shadow that fit on the divider wall between the north and southbound lanes, so I asked Kelsie to see if she could snap a cool shot.

Shortly after she took the picture, she uploaded it to my facebook profile, where one of my favorite hot rod photographers, Peter Vincent commented that it was a cool picture! How cool is that!

Anyway, other than that…I wound up changing out some short segments of rubber fuel line, a fuel filter and did an oil, filter and lube on the ’40. Then…I decided to try and seal up some of the leaks on my windshield and add a piece of welting between the trim and the dash, that I had left out when I originally put the windshield in. Looks better now.